Winnipeg Free Press:  Should Buff stay or should Buff go?  Is this another “Manny being Manny” situation?  Can Buff be contained within coach Noel’s system?  If the Jets are going to have any success they need him to be playing at 100%.

Winnipeg Sun:  Pavelec goes right back in.  Expect the Jets #1 netminder to tighten up for tonight’s game.

Winnipeg Sun:  Jets’ Wheeler encouraging game.  It sure was nice to see the Jets big winger get going against the Flyers.  If he becomes “unclogged” that can only be good news for a team struggling for scoring. 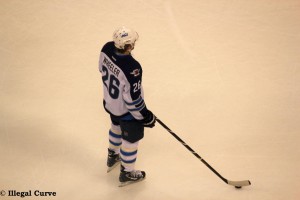 CBC:  Manitoba is big enough for Jets and Wheat Kings.  The rivalry between Winnipeg and Brandon continues apparently.  I can’t help but think there is more than enough dollars to support both franchises.  In fact it has even been suggested that the city of Winnipeg could also support a Junior team.

Tampa.com:  Goalie Dwayne Roloson to start for 1st time since October 17th.  Perhaps the secret for the Jets success this season will be to play against a team with a struggling goalie.

Winnipeg Free Press:  Stamkos an all-rounder.  This kid is the real deal.  Does it all for the Bolts and doesn’t appear to be cooling down in his 4th season in the NHL.

TBO:  Jets land in Tampa for first time.  Nice to hear the captain of the Bolts giving the city of Winnipeg kudos for getting the team back.