The forward is out week-to-week. 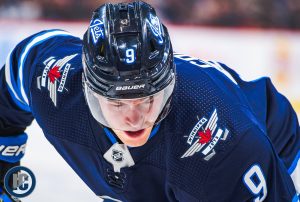 Andrew Copp left Tuesday’s game against the Carolina Hurricanes in the 2nd period and did not return. Jets Head Coach Paul Maurice didn’t have an update after the game but today he said “We are still waiting for the final (results).  He’s not going tomorrow.  It’s going to be week-to-week.  I’ll have a better idea by tomorrow.  He’s got a couple more tests he’s gotta get looked at.”

In 34 games with Winnipeg this season the fifth-year pro has five goals and nine assists.