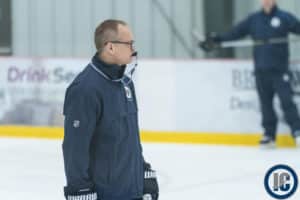 There was plenty of talk about ruffled feathers after Jets coach Paul Maurice introduced the topic at his end of season media scrum to close out the 2018-19 campaign.  According to TSN hockey insider Darren Dreger the bench boss in Winnipeg went on an offseason player tour this summer.

Add Paul Maurice to the list of NHL head coaches who did an offseason player visit tour. One of Maurice’s stops…Finland to meet with Laine.

Obviously this attempt at “unruffling feathers” is important as the Jets try to rebound from last season’s first round playoff bouncing.  But clearly it wasn’t just with Laine since Dreger indicates “one of Maurice’s stops” so we shall see how successful the tour was in bringing the Jets together for the 2019-20 season.