The veteran will head to the AHL on a conditioning stint. 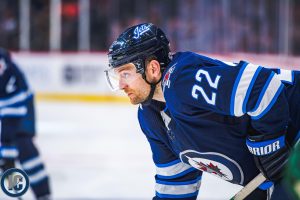 The Jets announced this morning that Mark Letestu will be heading to the Moose on a conditioning assignment.  The veteran forward has missed most of the 2019-20 season due to an illness.  He has played just seven games for Winnipeg this season.

Manitoba has a few days of practice before they head out on the road for six games.

Play-by-play voice of the Moose Daniel Fink adds this nugget of information:

Of note, following the trade deadline, conditioning assignments are cut down to three games or six days.

They play three games this weekend starting on Friday in Milwaukee, then again on Saturday before they head to Chicago for a game on Sunday.