The Jets are meeting for the final time today as they hold their end of season media availability.  This post will be a repository of notes taken from the various players as well as providing links to those scrums when available.  Jets coach Paul Maurice and GM Kevin Cheveldayoff schedule still hasn’t been set. 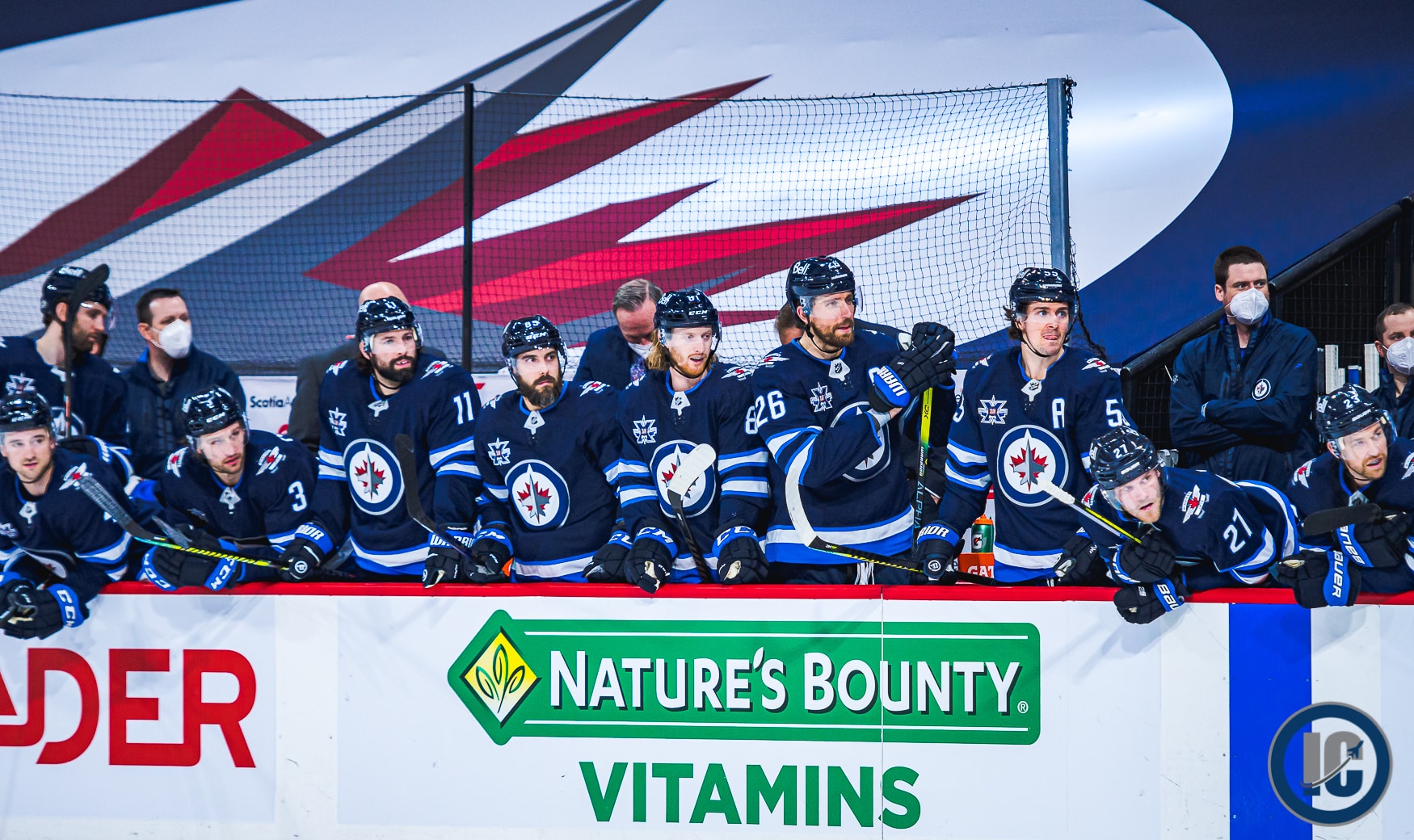 The 2020-21 season will go down as the most unique we will experience in our lifetime with the NHL moving to an All-Canadian division which featured no fans at games until the 2nd round of the playoffs.  The biggest news for the local NHL club all season long was the blockbuster trade of Patrik Laine and Jack Roslovic to Columbus for Pierre-Luc Dubois. Winnipeg would finish 30-23-3 in 56 games which put them in third spot in the North. After an unexpected four game sweep of the Oilers (which provided some catharsis for holdovers from the Smythe Division days) in the 1st round they suffered a similar fate to the Habs in the 2nd round.

Captain Blake Wheeler said getting healthy will be a priority during the offseason. Qualified his comment when asked a follow-up saying he doesn’t really want to lament his health status as everyone in the room is dealing with something.

Kyle Connor still has faith in this Jets core saying “I believe in this group. It’s why I signed here long term”.

Andrew Copp, a pending RFA who is arbitration eligible, said “I don’t think anything is off the table at this point” and feels it will get addressed in the near future.

Nikolaj Ehlers said he was 100% (assuming he meant during playoffs). Added that he was dealing with a shoulder injury (posterior labrum tear) and a rib injury (cartilage fracture).

Paul Stastny saying something flared up during the Oilers series. Sounds like it had a spillover effect. Said it was something small that could get resolved over a few days/weeks.

Like Copp defenceman Neal Pionk is a pending RFA who is arbitration eligible but when asked about his new contract said he is still decompressing and hasn’t put much thought into it.  Will talk to his agent in the coming days.

Clear that Mark Scheifele is still frustrated by the four game suspension. “I thought I was going to be shut down by Phillip Danault but I was shut down by Player Safety”. He is officially a true Winnipegger based on one of his answers. Essentially said nobody respects the Jets and wants them to succeed.

Dylan DeMelo said he suffered a low grade strain/pull of the groin. Said he was crushed to miss the series against the Habs. Thought he could have pushed to be back for game 6 or 7 but that was aggressive given it usually takes 2 to 3 weeks to heal. DeMelo was asked about the expansion draft and said he signed here for four years and wants to be in Winnipeg for this contract and added to his answer “and maybe beyond”.