Note:  The end of season media availability is here for the Jets following their four game sweep at the hands of the Canadiens.  It gets underway at 8:30 AM with players and will be followed by head coach Paul Maurice and GM Kevin Cheveldayoff.  We will have all of the action covered so stay tuned to our end of season media availability post here.

Sportsnet: Status quo won’t be enough to carry Jets organization to next level. Ken reacts to today’s end of season media and looks at how the organization can take steps towards becoming a contender.

Winnipeg Sun: Jets seem to have reached their peak under Maurice, Cheveldayoff. The problem with this roster is they have never been able to put it all together. When they had good D they had young forwards and poor to up and coming goaltending and now they’ve got mature forwards, a phenomenal goalie and a group of D prospects that are probably still a year or two or three away from truly having an impact.

Winnipeg Sun: Jets playoff tailspin shouldn’t be a surprise to anyone.  Scott spitting some fire as he details the decline of the Jets franchise from the highs of the Conference Finals to the current state.  And he doesn’t really hold back in this one.

Winnipeg Free Press: Time for some uncomfortable truths. Mike will have the opportunity to say this and more when media interviews get underway but a rather amusing set of truth bombs for the Jets roster. 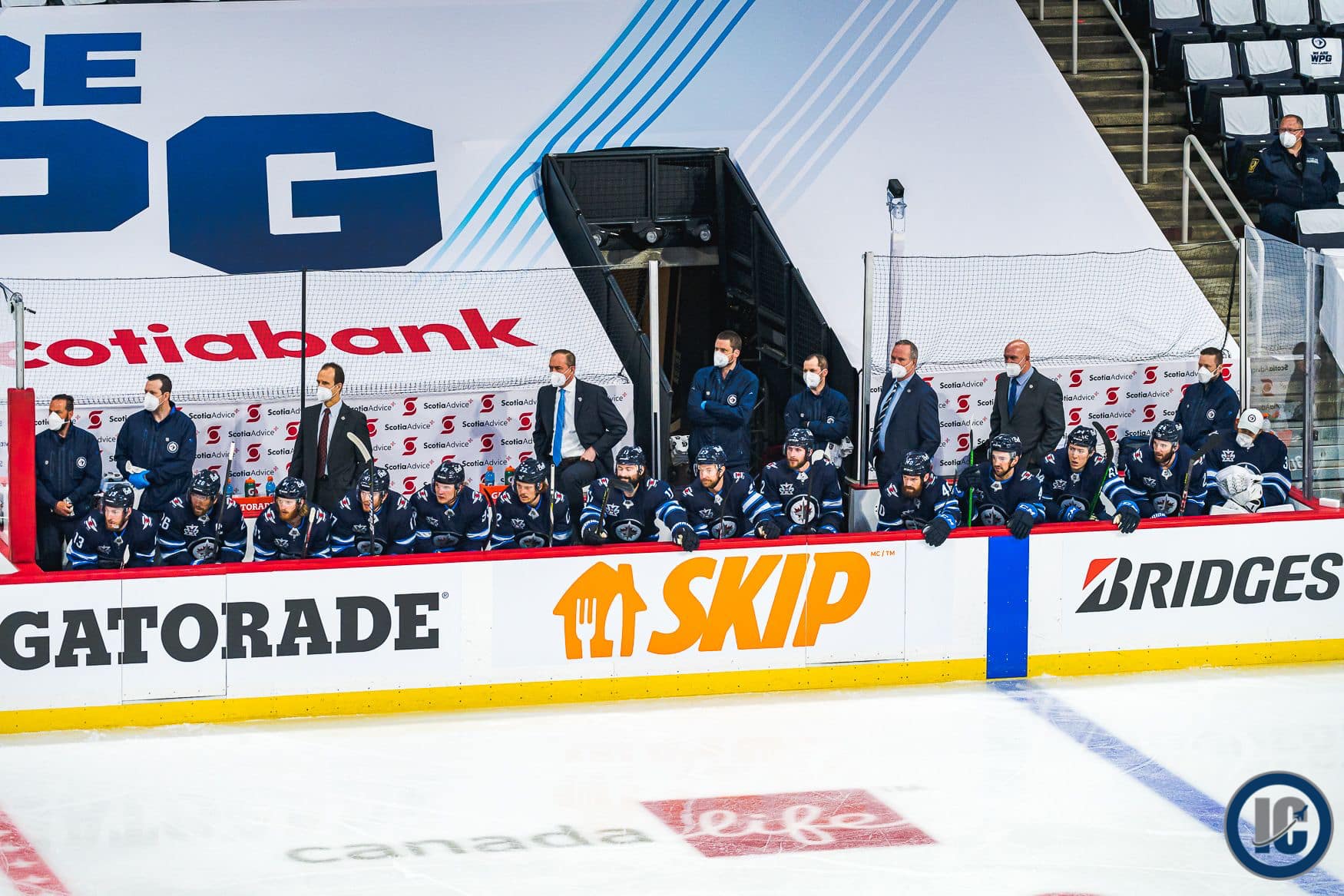 Global News:  Jets swept — what’s next? The holes in the roster are readily apparent to those who have paid attention so between filling those and figuring out how they are gonna handle the expansion draft it is gonna be a busy summer for team brass.

The Athletic Winnipeg: The Winnipeg Jets’ 10 biggest offseason priorities as an important summer begins. (Paywall).  Murat has been busy today after doing an early post-mortem (below) he now looks ahead to the ten areas that need to be addressed by the Jets including: 1) Upgrade the defence. 2) Finalize the expansion draft protection list. 3) Assert Winnipeg’s right to cap space. 4) Moneypuck the 2021 NHL entry draft. 5) Sign Pionk to a long-term extension. 6) Do the same with Copp or prepare for arbitration. 7) Sign Paul Stastny – or don’t. 8) Choose Connor Hellebuyck’s backup. 9) Re-evaluate the commitment to development. 10) Assess Cheveldayoff and Maurice.

TSN:  ‘I don’t think you blow the situation up whatsoever’. Without leading scorer Mark Scheifele and defenceman Dylan DeMelo to help mount a series comeback, the Jets were swept out of the playoffs by the Canadiens. TSN Hockey’s Dave Poulin and Jamie McLennan share their thoughts on Winnipeg’s issues and how they’d approach fixing them this offseason.

TSN: How much did the Mark Scheifele suspension impact the series?  The Jets weren’t able to find any chemistry upfront after Mark Scheifele was suspended for his hit on Jake Evans in Game 1. The TSN Hockey panel discuss Winnipeg’s offensive struggles and where they go this offseason after being on both ends of a sweep in the postseason.

Winnipeg Free Press: Perfetti brings home the gold. (Paywall). What a terrific year of development given the fact that the OHL didn’t even play. He goes from World Juniors to 32 games in the AHL with the Moose to winning a gold medal with Team Canada at the World Championships in Latvia.  Jay caught up with the Jets 2020 1st rounder after he returned from Riga.