Winnipeg Jets call up Carl Klingberg from the IceCaps

Carl Klingberg come on down. Or up. Either way he has been recalled. 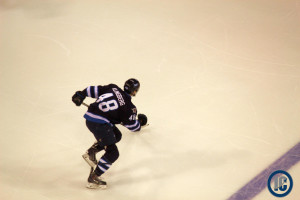 With either Perreault or Stafford likely unable to play in tomorrow’s game against the Capitals (we will know more following practice at 10:30 am) the Jets had to make a move to bring up a forward.  While there was speculation it may be newest prospect Joel Armia who they acquired in the Kane/Bogosian trade to Buffalo, according to IceCaps beat writer Robin Short, the Jets have recalled Carl Klingberg.

In 51 games with the St. John’s IceCaps Klingberg has 15 goals and 30 points.