Puppies named after Winnipeg Jets players at shelter. Bruins No. 1, Jets taking off in NHL power rankings. Patchwork Panthers looking to keep ahead of Jets in division race. 10 most shocking moments of 2011.

CBC:  Puppies named after Winnipeg Jets players at shelter.  Slap a Jets label on anything in this province and it is going to move and thankfully in this instance, it is for an excellent cause.

TSN:  Bruins No. 1, Jets taking off in NHL power rankings.  Don’t look now but your Winnipeg Jets are making some moves up the list. 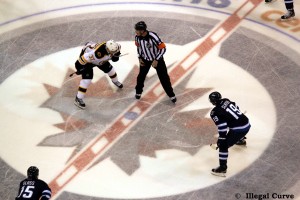 SN590:  Patchwork Panthers looking to keep ahead of Jets in division race.  Who would have thought that at this point in the season, the Jets would be chasing the Panthers for 1st spot as most thought it was a two horse race between the Bolts and Caps for the SE.

Yahoo Sports:  10 most shocking moments of 2011.  Great video showing the passion of fans as the Jets returned NHL hockey to the city of Winnipeg.  If you missed the 1st pre-season game gives this video a little gander.  It was an unparalleled evening.

CBC:  Likely concussion sidelines Simon Gagne.  If you watch the video it doesn’t look too bad but for someone with a history of concussions, it probably isn’t good for business.

CSN Chicago:  Kings march into Chicago.  The Jets won’t be too concerned about tonight’s outcome, as long as the Kings are a bit more tired when they finally arrive in Winnipeg.

TSN:  Finland scores upset win over United States.  After being demolished by the Canadiens, the Finns were prepared for one of the tournament favourites today.