Winnipeg Free Press:  Jets 2.0 ready to launch.  And with it the Jets fans, whether they are watching the game on tv or at the MTS Centre will be ready to launch alongside the team.

Winnipeg Free Press:  Prepared for takeoff.  It may be raining outside, but that won’t impact the enthusiasm that Peggers are experiencing. 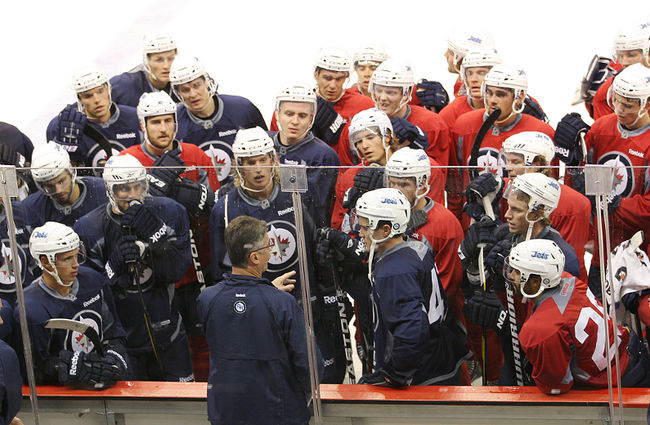 Winnipeg Free Press:  A bit on the wild side.  You can see that Big Buff is already relishing the opportunity to get on the ice and forget his off ice issues.

TSN:  Promising Jets need time to develop.  I don’t think anyone in Winnipeg is expecting a Cup run do this team should have time to develop properly.  No need to rush a young player to fill seats, since the seats will be filled for the next 5 years.