Winnipeg Free Press:  Scheifele, locals chosen for junior camp.  Based on the way that Scheifele played for the Jets in his 7 games and the way he has performed for Barrie in the OHL, it would seem like the Jets 1st overall pick in the 2011 Entry Draft is a sure bet to be on the team.

Sportsnet:  Welcome back Larry, er Paul.  As someone who once owned that rookie card, it never occurred to me that they had used the wrong image of Paul MacLean.  Interesting story. 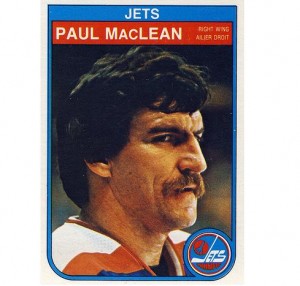 Ottawa Citizen:  Senators release all-star ‘Fan Fair’ details.  Will the fun never cease.  Instead of 1 day of All-star festivities, fans in Ottawa are getting a 3 day pre-party.