Metro News:  Former Jets get the call to recycle.  Well the Jets could use some scoring….. 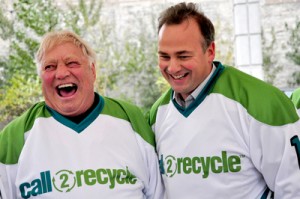 Pittsburgh Tribune:  Penguins’ Kennedy out with concussion.  Another key member of Pittsburgh out with an injury.

Globe and Mail:  Jets desperate for even a point against Penguins.  If the Jets want to walk away with some points, then they won’t want to get into a special teams battle with the Penguins.

Winnipeg Free Press:  Kane won’t play tonight when Jets take on Penguins.  When fans first heard that Kane wasn’t playing, the expectation was that he had been benched.  Turns out he sustained a lower body injury on Saturday in Phoenix.

Winnipeg Sun:  Jets look to rebound against the Penguins.  If you want to see the Jets playing against the superstar Penguins, you are going to have to wait until the re-match at the MTS Centre on Friday, December 23rd.

Sportingnews:  Winnipeg Jets refuse to accept free pass for early struggles.  I’m not even sure where this notion of a free pass comes from.  While fans are happy to have hockey back, they are paying a premium dollar to watch NHL hockey and they expect to see the players putting forth NHL effort.