Note: Puck drop is at 6:00 pm CDT tonight as the Jets go up against the Leafs tonight in Winnipeg. After the game, be sure to check out illegalcurve.com for all the post-game reaction.

Sportsnet: Bowness returns but Jets remain shorthanded for crucial Maple Leafs matchup. Kenny gets you set up ahead of the action between Winnipeg and Toronto. 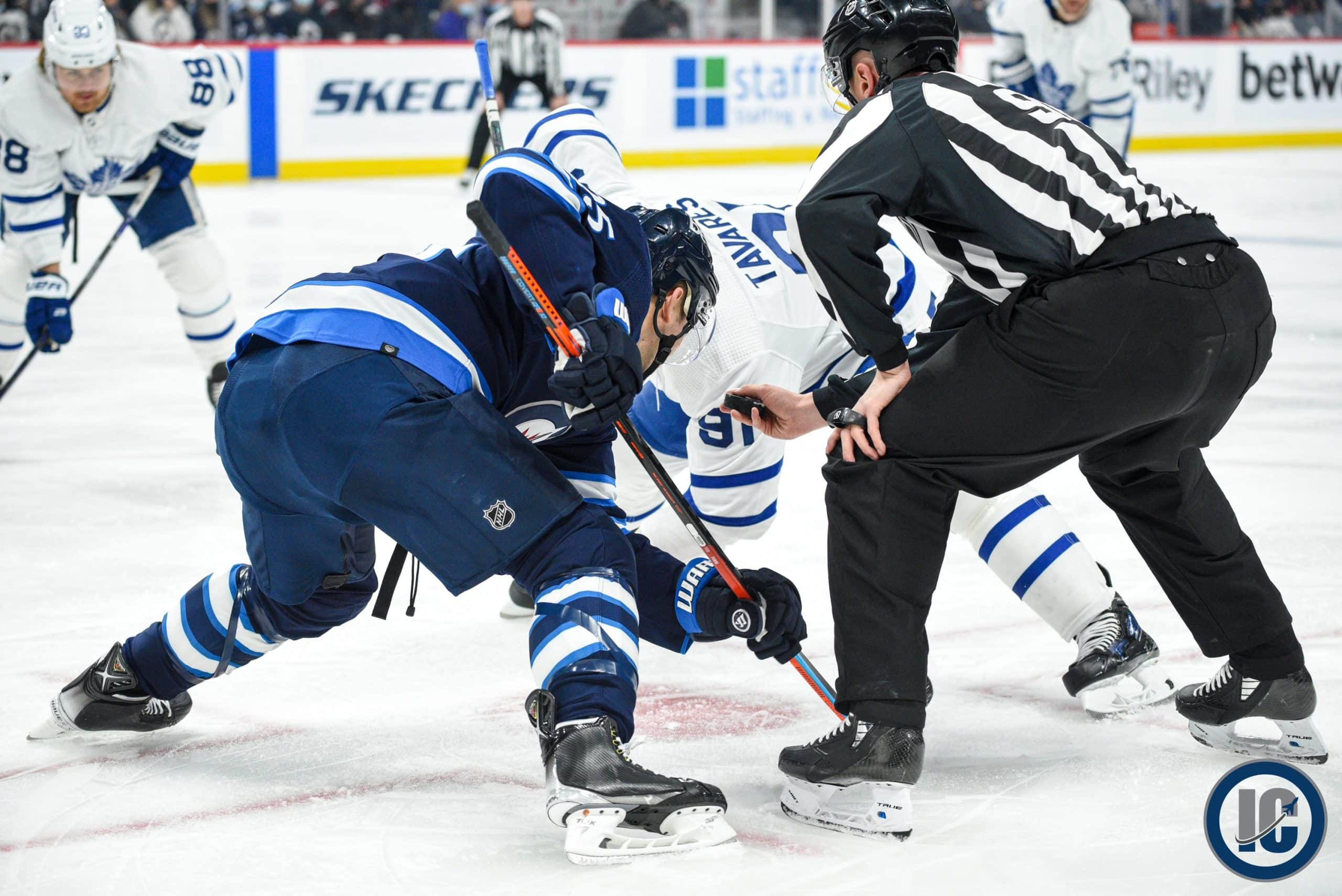 Sportsnet: Maple Leafs toughen up their roster for physical Jets showdown. Guess they brought in Simmonds and Clifford to battle the Jets tough guys….oh wait this isn’t six years ago when Winnipeg had Anthoy Peluso and Dustin Byfuglien in the lineup. Which isn’t to say the Jets are small because they aren’t, but they aren’t exactly destroying other teams with their physicality.

Toronto Sun: Matthews, Maple Leafs hope to start five-game trip with a hit as Clifford, Simmonds draw in. If you want insight into the Jets opponent check this out.

Illegal Curve: Jets vs Leafs pre-game report. The Jets held a morning skate followed by a media availability before they take on Toronto. Check out the projected lines and D pairs and hear from players.

TSN: Jets’ Perfetti pumped for first game against hometown Leafs. Growing up a Leafs fan, Whitby, Ontario native Cole Perfetti will be playing against his hometown team for the first time in his career tonight. The 20-year-old forward says it’s ‘surreal’ but he doesn’t ‘really like them anymore.’