Note: Puck drop is at 8 pm CDT tonight as the Jets go up against the Flames tonight in Calgary. After the game, be sure to check out illegalcurve.com for all the post-game reaction.

Note II: Normally we would want you to join the conversation on the Illegal Curve Post-Game Show once the final buzzer sounds but we don’t get those underway until the regular season starts on the 14th. However you can still hit that subscribe button so you’ll always know when we go live.

Note III: Just like they did on Wednesday someone over at TSN made the “genius” decision to not broadcast tonight’s game so if you want to watch it you’ll have to do so either in person or via the Jets or Flames websites.

Note IV: The Jets reduced their roster down to 25 today with the news that they had released 2022 1st rounder Brad Lambert to the Moose and placed defenceman Johnny Kovacevic on waivers for purposes of being assigned to Manitoba.

Global News: Time for some Jets games that mean something. Good point by Jets bench boss Rick Bowness on Thursday wherein he indicated that they won’t play a meaningful game for a week but it will be the Rangers third game so they had best use the game tonight against the Flames as a springboard of sorts. I do agree with John’s points however that pre-season games (when one team usually sends an AHL club to battle an NHL one) are a waste of time. 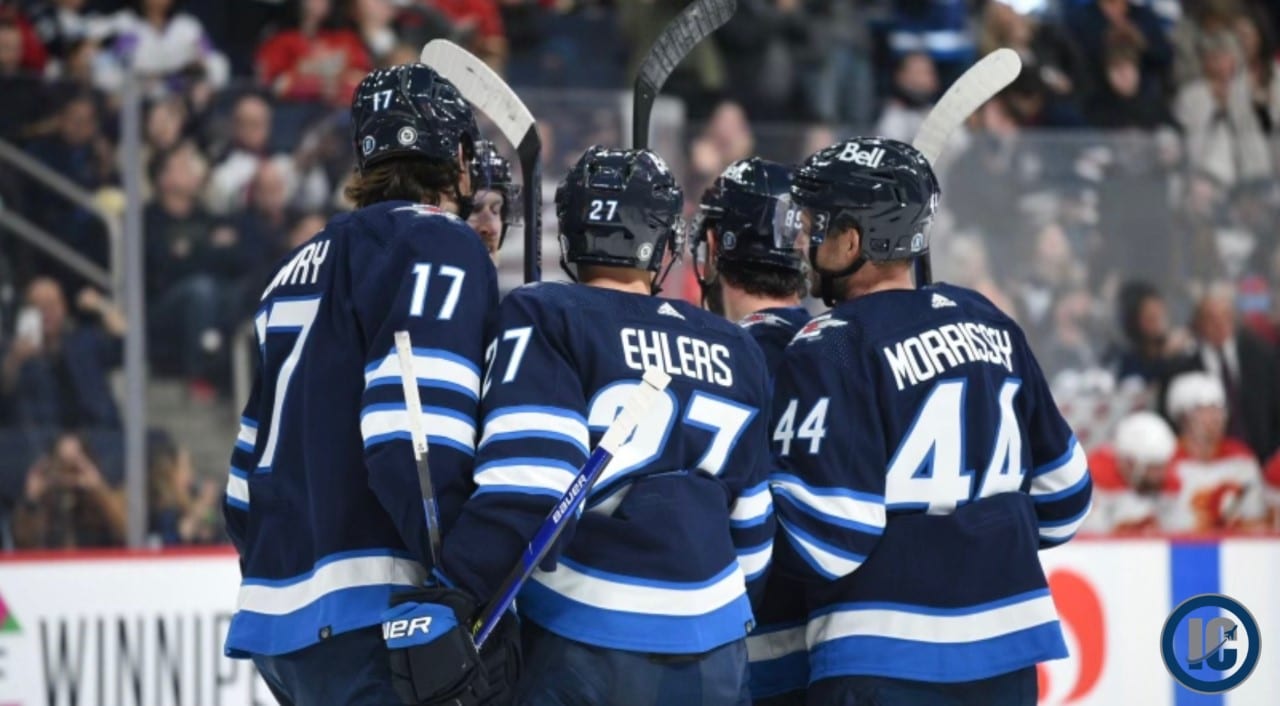 Sportsnet: NHL Power Rankings: Optimism abounds, but Avalanche rightly start on top. He’s got the Jets in the 18th spot to start the season.

Illegal Curve: Jets vs Flames pre-game report. The Jets held a morning skate followed by a media availability before they take on Calgary. Check out the projected lines and D pairs and hear from players.

Winnipeg Sun: Key battles in the final audition. Sun sports reporter Ted Wyman and Sun Winnipeg Jets beat writer Scott Billeck discuss the team as it stands heading into the final preseason game, key position battles on forward and defence, and what the opening night roster might look like in a week’s time in the latest edition of Jets Setting.