Note: The Jets were off on Thursday but are back on the ice today as they get ready for their final pre-season game of training camp. The team will have a morning skate in Winnipeg at 10:30 AM before they depart for Calgary. Puck drop is at 8 PM. Reminder that TSN will again not be broadcasting the game so you can only watch it via stream from the official Jets website here.

Note II: It may have been an off day for Winnipeg but the club still made news as they reported that Mikhail Berdin would not be playing for them this season which was followed by a tweet from his agent indicating he was returning to Russia to play in the KHL. Read more here.

Note III: It’s a game day for the Moose as they continue their training camp with an exhibition game against the University of Regina. Puck drop is at 6 PM at the Co-operators Centre in Regina.

Note IV: The Winnipeg Ice have found their captain for the 2022-23 season and it will be Winnipegger Carson Lambos who just got back from Minnesota Wild training camp. The team also announced the rest of their leadership group. Read more here.

Note V: Speaking of the Ice they will kick off that eight/nine game road trip this evening in Regina against the Pats. Puck drop is at 8 PM CDT.

Winnipeg Sun: Jets opening roster coming into focus. It will be interesting to see how the Jets play this out because the reality is this team doesn’t like to lose players to waivers so will guys who are waiver exempt (i.e. Barron or Heinola) go down until there is an opening? 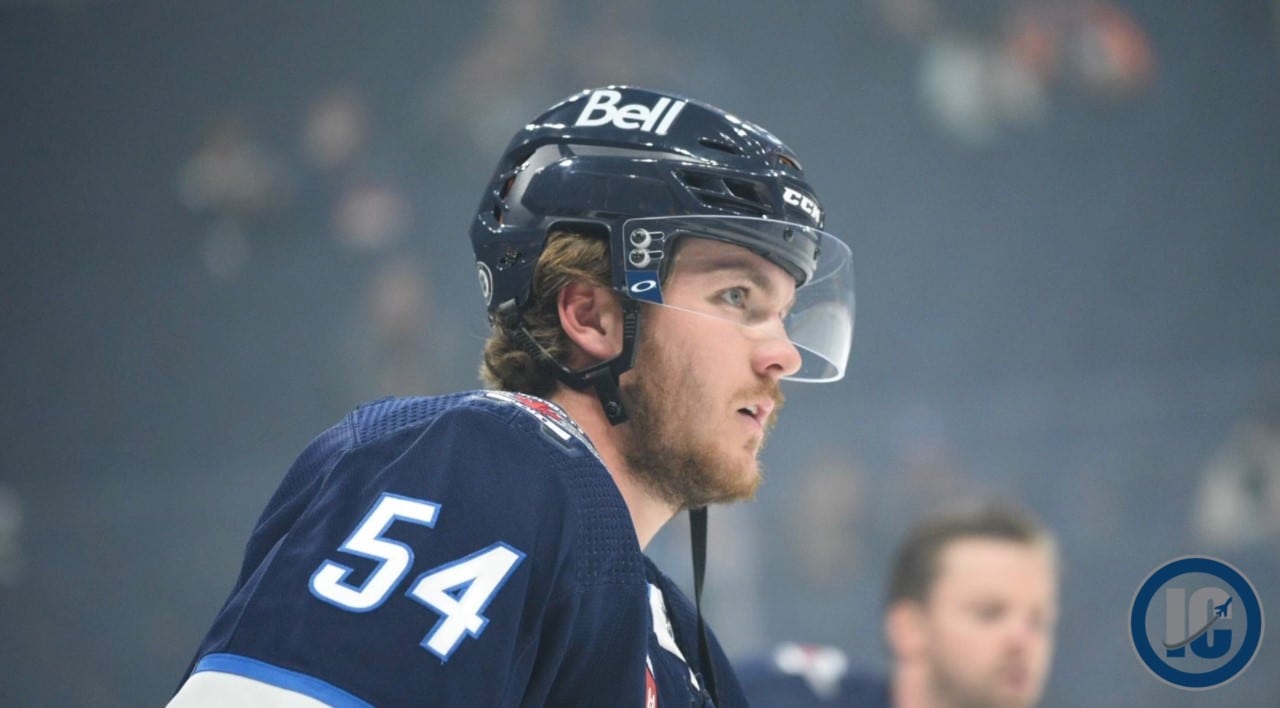 Winnipeg Free Press: Jets have some tough decisions to make. (Paywall). With an apology to The Clash for the modification it is almost time to determine ‘Should they Stay or Should they Go’ given the team has four cuts left to make.

Global News: The cost to attend an NHL game in each Canadian city, ranked. They’ve got the Jets as the 24th priced ticket in the NHL and third cheapest amongst the Canadian teams.

Sportsnet: Jets’ Dubois hopes his drive to win Stanley Cup will win over doubters. Pierre-Luc Dubois joins Sean Reynolds to discuss the way his off-season situation was portrayed by the media, why he’s still open to finishing his career with the Winnipeg Jets, and more.

Winnipeg Sun: Key battles in the final audition. Sun sports reporter Ted Wyman and Sun Winnipeg Jets beat writer Scott Billeck discuss the team as it stands heading into the final preseason game, key position battles on forward and defence, and what the opening night roster might look like in a week’s time in the latest edition of Jets Setting.

CBC: The old Winnipeg Arena has returned in Lego form. If you’re looking for a touch of nostalgia give this a watch.

Winnipeg Free Press: Nash’s hockey ties run deep. (Paywall). If you’re looking to gain NHL notice being on the top junior team in the country can only help.

Winnipeg Free Press: Bisons, Ice soon to return to friendly confines of Wayne Fleming Arena. (Paywall). Cannot be easy to start on the road and for the Ice that meant 13 games away from Manitoba. They don’t play their first game at home until the end of October.

JETS SETTING: Key battles in the final audition for the Winnipeg Jets
Game 6 of the pre-season: Jets vs Flames pre-game report