The Jets goalie prospect won’t play in Winnipeg this season.

Back in the 6th round of the 2016 NHL draft the Jets selected goalie Mikhail Berdin from the Russia U-18 Team with the 157th overall pick. Berdin would go on to spend two seasons in the USHL with Sioux Falls where he scored a goal which led to this incredible celebration.

In 2018-19 he joined the Moose behind starter Eric Comrie who he would share the net with off and on for the next few years. When Comrie went up to the NHL to be the backup to Connor Hellebuyck for the 2021-22 season the Moose net was Berdin’s.  He was able to slightly bounce back from a disappointing 2020-21 campaign where his numbers really fell off. It looked like he might get a game with the Jets last season but the team chose to use Hellebuyck back to back (specifically thinking about that Sunday afternoon game in Pittsburgh) and Berdin ultimately didn’t get into any NHL games with the big club. 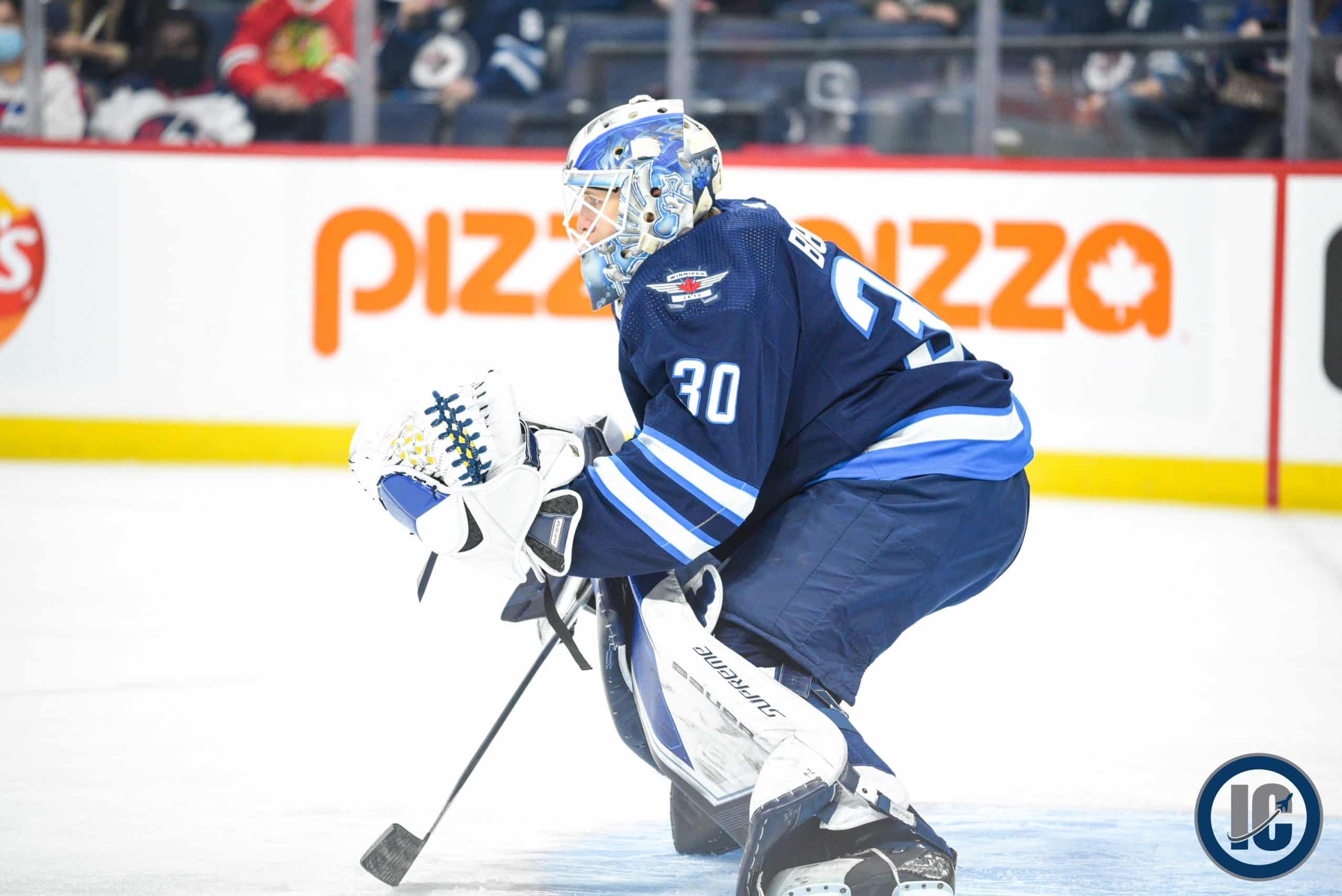 He had a less than stellar playoffs for a Moose club that was expected to compete with the Wolves for the Central which didn’t happen due to the team falling in five games to the Admirals in the first round of the 2021-22 AHL playoffs.

Today is it being reported by the team as follows:

Per the advice and recommendation of the NHL/NHLPA Substance Abuse and Behavioral Health Program, Mikhail Berdin will not remain with the club for the 2022-23 National Hockey League season.

His salary won’t count against the cap for Winnipeg, they retain his rights and Berdin is able to sign a one-year deal back home in Russia.

His agent Dan Milstein tweeted out the following:

Mikhail Berdin is leaving the Winnipeg Jets for 2022-2023 season to be closer to his family in Russia. He will play in the KHL at this time.

This summer the Jets brought in Finnish netminder Oskari Salminen who will likely be working in tandem with Jets 2017 6th rounder Arvid Holm as the netminders of the Moose. And Salminen knows a thing or two about scoring empty net goals as well.

The old Winnipeg Arena has returned in Lego form
JETS SETTING: Key battles in the final audition for the Winnipeg Jets