Note: Puck drop is at 7:00 pm CST tonight as the Jets are at home for the first time in a month to kick off a pair of games this week starting with the Panthers tonight. After the game, be sure to check us out for all the post-game reaction.

Note II: Jets announced that Dominic Toninato and assistant coach Charlie Huddy placed into NHL’s COVID-19 protocols although the team advised media after morning availability that Toninato’s test was a false positive so it could have been possible that he was still be an option tonight depending on further testing. However Sara Orlesky of TSN reported that the follow-up test came back positive and he will remain in covid protocol and not be a player tonight.

Note III: Speaking of players who won’t be available tonight or in any games for a little bit is Jets 2018 2nd rounder David Gustafsson as interim head coach Dave Lowry indicated that the young centre “is coming along but he’s not close to being a player”.

Note IV: We want you to join the conversation on the Illegal Curve Post-Game Show once the final buzzer sounds.

The Hockey News: Want to slow down the Panthers? Good luck!  This is gonna be a pretty, pretty, pretty difficult contest for the home side.

Illegal Curve: Jets vs Panthers pre-game report. The Jets held a morning skate followed by a media availability before they take on Florida. Check out the projected lines and D pairs and hear from players. 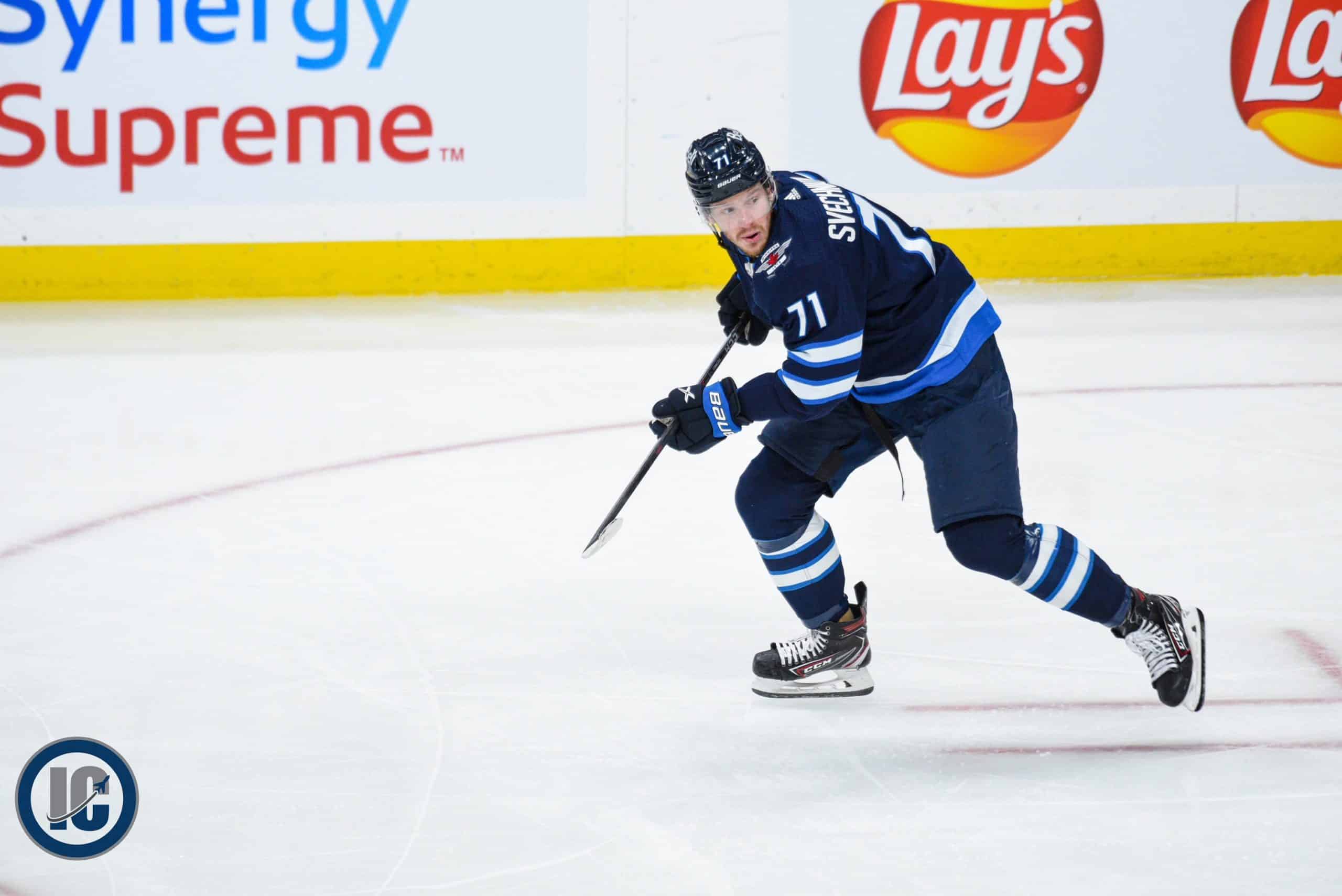 TSN: Lowry likes Jets’ starts, but wants them to carry it through the rest of the game. Having dropped four straight games, Jets’ head coach Dave Lowry says he likes his team’s start but they have to carry that energy throughout the game, especially with a red-hot Panthers team in town tonight.

Winnipeg Jets David Gustafsson still not “close to being a player” as he recovers from injury
Winnipeg Jets Transaction Report: Eight more moves made ahead of game vs Panthers