Note: The Jets are back in business today after a day off on Monday as they look to turn things around with their first home game in over a month. Unfortunately for them they welcome one of the top teams in the Eastern Conference in the Florida Panthers although it is worth noting that their road record (7-6-5) isn’t nearly as fierce as their home record (21-3-0). Defenceman Dylan DeMelo was held out of the last game with an lower-body injury so we shall have to wait and see if the team makes any moves including potentially the first ever recall of a Jets prospect Dman  (Update: The Jets made three moves this AM including that recall to the taxi squad). Stay tuned for the pre-game report as there are still some lineup questions marks. Puck drop is at 7 PM CST and following the final buzzer we want you to join the conversation on the Illegal Curve Post-Game Show.

Note II: Jets announced that Dominic Toninato and assistant coach Charlie Huddy placed into NHL’s COVID-19 protocols although it turns out that Toninato’s test was a false positive so he could still be an option tonight depending on further testing.

Note III: The Moose are off today after an unexpected weekend sweep of the Wolves. They are scheduled to practice tomorrow morning as they get set to face Abbotsford for the first time ever this weekend.

Winnipeg Sun: Jets take on Panthers in first home games in month. Quite the welcome back to Winnipeg for the Jets to face a top team in Florida.

Winnipeg Free Press: Hardly looking like a playoff team, let alone a Cup contender. (Paywall). While there is plenty of runway left in this season patterns like the last week will seem them grounded on the tarmac and not taking off for the playoffs. 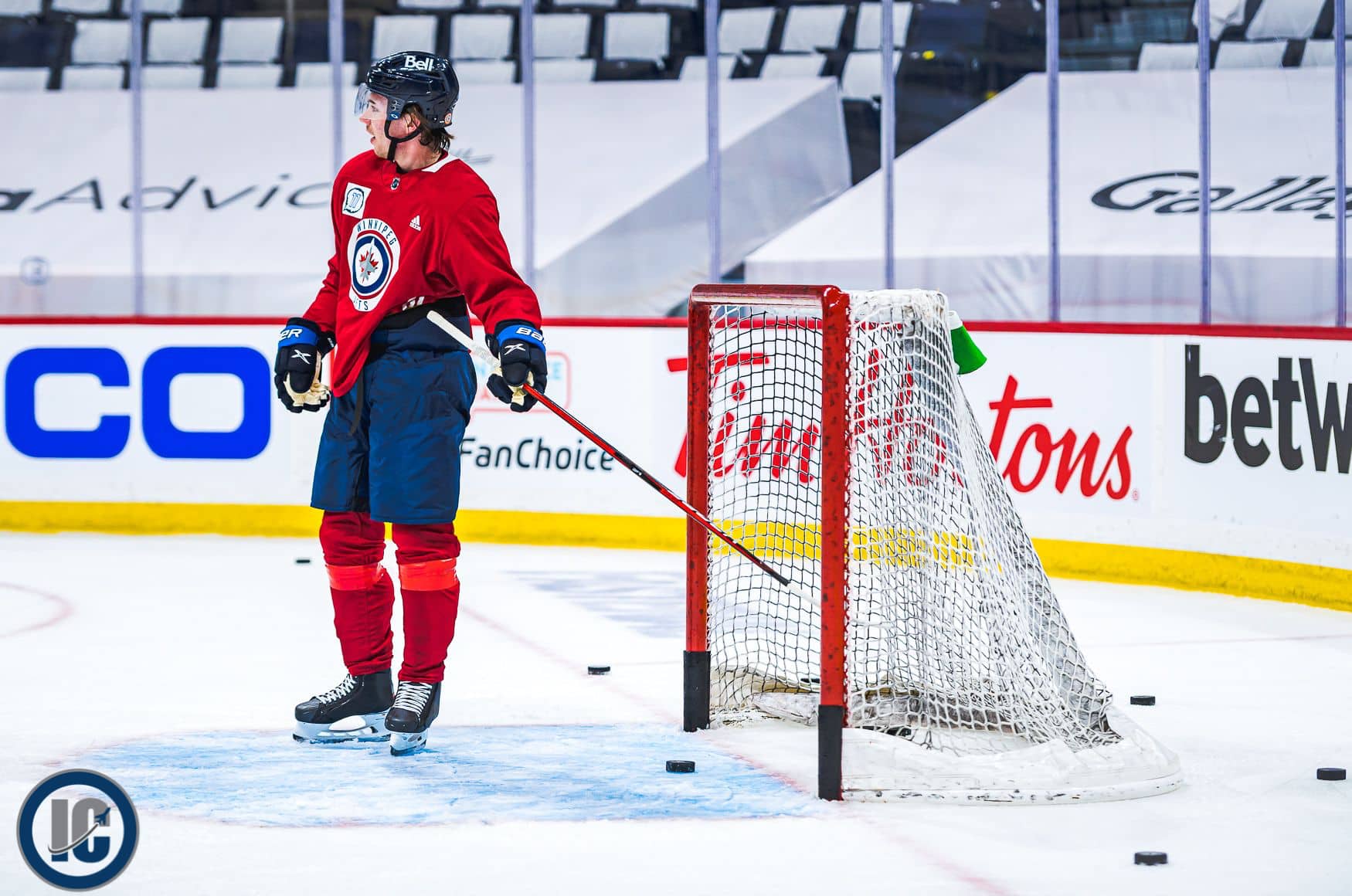 NHL.com: Young Jets fan practices kindness, hands puck to Penguins fan. Sounds like a great kid who impressively chose to be selfless and chose to make others happy.