Note: The Jets were looking like they were gonna be able to end the four-game road trip with their first win but instead a third period letdown allowed the Penguins to comeback in the game, force extra time and then ultimately win in a shootout. We learned during the game that Dylan DeMelo and Logan Stanley are both dealing with injuries, will be evaluated and interim coach Dave Lowry hopes to have more insight today. Of course today is an off day for the team so we can expect to find out more tomorrow when they host the Panthers.

Note II: The Moose pulled off a remarkable pair of performances this weekend against a Chicago team that came to Winnipeg as the top team in the AHL. After a shocking OT win on Saturday the Moose kept things rolling on Sunday afternoon with a comeback regulation win courtesy of 2017 3rd rounder Johnny Kovacevic tying the game in the 2nd with his seventh goal of the season and then defenceman turned forward Nelson Nogier getting the eventual game-winning goal late(ish) in the 3rd courtesy of his first goal of the season as well as his second of the game with an empty netter to seal the deal.

Note III: With it being a double game day the focus was elsewhere but a pair of Jets prospects playing in the NCAA were having an impact this weekend. Jets 2018 3rd rounder Nathan Smith scored Saturday (see goal here) during Hockey Day in Minnesota which padded his lead as the top scorer in college hockey while Jets 2021 1st rounder Chaz Lucius is heating up for the Golden Gophers contributing seven goals and five assists in his last 10 games.

NHL.com: Young Jets fan practices kindness, hands puck to Penguins fan. Sounds like a great kid who impressively chose to be selfless and chose to make others happy.

Sportsnet: On his trade anniversary, Dubois shows off impact vs. Penguins. In what world did the Laine/Dubois trade only happen a year and a day ago? It really feels like it was another lifetime at this point but the reality is it has been 366 days (and 365 when Wieber wrote the article) on the trade and the impact of the player Winnipeg received for their 2016 2nd overall selection and Jack Roslovic. 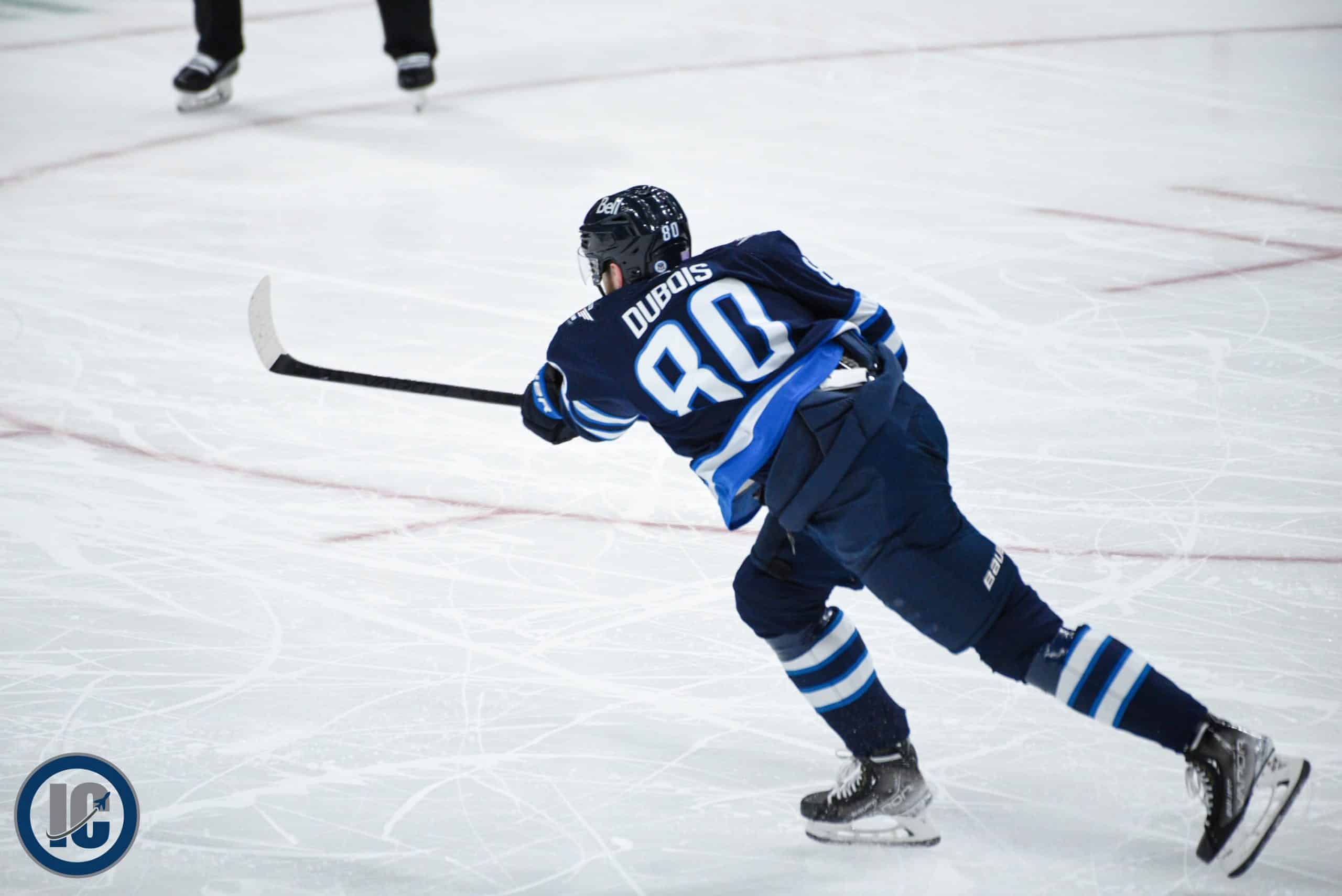 Winnipeg Sun: Gone in nine seconds: Jets’ best efforts against Penguins thwarted by bad luck, shootout lottery. I was watching the game from Canada Life Centre as the Moose were playing and looked down to the ice here in Winnipeg after the Pens scored the first goal only to look up seconds later to see that Pittsburgh had tied the game.

Winnipeg Free Press: Third period lapse costs Jets against potent Pens. (Paywall). It’s like folks forgot that Pittsburgh was 8-2-0 in their last ten heading into the game and with their win yesterday have won five straight. Having said that it was looking like Winnipeg was positioned nicely to end the road trip with some positivity before the lapse cost them a regulation win.

Pittsburgh Tribune: Penguins beat Jets in shootout but lose forward Teddy Blueger.  Check out this recap of the game from a writer who covers the Jets opponent.

Pittsburgh Post-Gazette: Penguins overcome injuries, tired legs and two-goal deficit to win. Here is another recap of the game from a writer who covers the Jets opponent.

Illegal Curve Hockey Show: Saturday Podcast. Almost two hours of Jets talk with topics ranging from Jets being in the mushy middle, reflecting on the Laine/Dubois trade one year later, Jets/Bruins preview, Blake Wheeler coming off LTIR/Nikolaj Ehlers placed on it, and upcoming roster moves. We were joined by Sara Orlesky of TSN and Ty Anderson of 98.5 The Sports Hub in Boston.