Note: Puck drop is at 6:30 pm CDT tonight as the Jets take on the Canadiens for game 2. After the game, be sure to check us out for all the post-game reaction.

Note III:  Jets centre Mark Scheifele spent over 15 minutes this morning discussing the four-game suspension which you can watch here.

Note IV: The injury news delivered by Jets bench boss Paul Maurice regarding Dylan DeMelo wasn’t good as he indicated that he is longer than day-to-day dealing with a soft tissue injury.

Winnipeg Sun: Jets coach Paul Maurice says NHL set precedent with ‘excessive’ Scheifele suspension. With all due respect to the Jets bench boss he is dreaming if he thinks that player safety will show consistency in their decision making process.

Winnipeg Free Press: Scheifele accepts his punishment, but calls attacks on family ‘unacceptable’. (Paywall). In what world would people logically conclude that they hate person A so they should attack the friends and family of that person. It is insane. It is one thing to spout off in a twitter rant that most people don’t listen to anyways but to escalate it to calling and threatening his parents is just lunacy. You’ve stopped being a fan and are officially someone who needs to seek professional help. 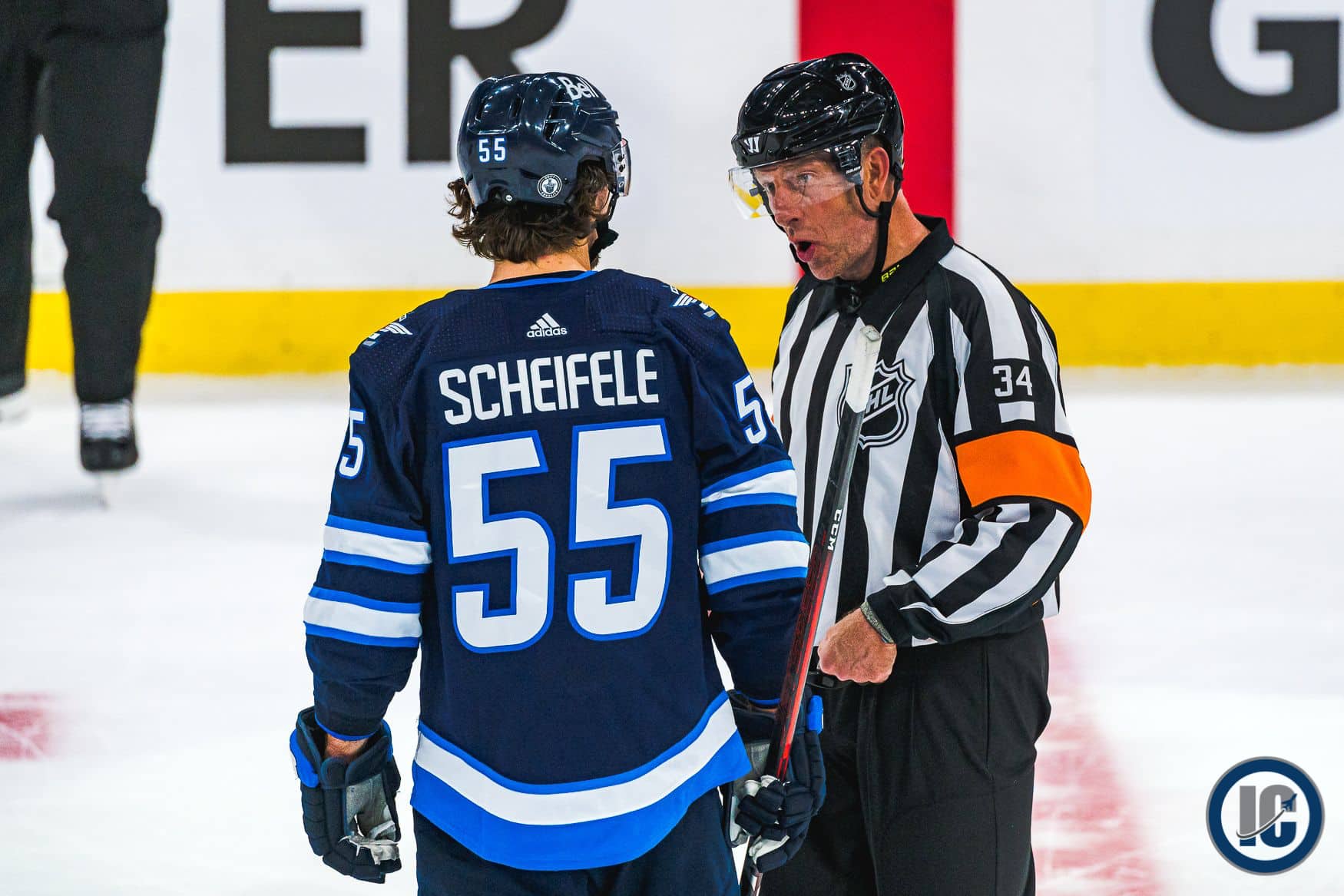 Sportsnet: Jets’ Scheifele shows contrition, defends record in wake of suspension.  Ken reacts to the big news of the day.

CBC: Jets hope to stay afloat until Mark Scheifele returns from suspension. It won’t be easy but this team has had to deal with big losses in the past and only have to look back to game 2 against the Flames in the bubble last summer for when it occurred in this type of situation.

Illegal Curve: Jets vs Canadiens pre-game report. The Jets held a morning skate followed by a media availability before they take on Montreal in game 1 of their playoff series. Check out the projected lines and D pairs and hear from Mark Scheifele as well as head coach Paul Maurice.

Sportnset: Jets need more from Ehlers with Scheifele & DeMelo out. Sportsnet’s Sean Reynolds and Ken Wiebe discuss how the Winnipeg Jets must react without Mark Scheifele and Dylan DeMelo in the lineup for Game 2 and why the pressure is on for Nikolaj Ehlers to fill those shoes.

Sportsnet: Hockey Central. Jeff & Justin open with a conversation about last night’s Bruins-Islanders game before hearing some sound from Mark Scheifele after the announcement of his four game suspension. Next, the guys are joined by Sportsnet’s Sean Reynolds to further break down Scheifele’s hit on Jake Evans, and to discuss the Jets’ chances in the series without their top centre.

TSN 1050 Toronto: Dreger on Scheifele’s four-game suspension and reaction to Leafs’ collapse. TSN hockey insider Darren Dreger joined Carlo and Michael on First Up to discuss Mark Scheifele receiving a four-game suspension for his hit on Jake Evans, if that was the right punishment and reaction from people around the league on the Maple Leafs’ latest playoff collapse.