Note: The big news on Thursday for the Jets was that the Department of Player Safety handed down a four-game suspension to Mark Scheifele for his game 1 hit on Jake Evans. Twitter can always be a bit of a wasteland but yesterday it was extra toxic.

Note II: The Jets will have to forget the fact that they’ve lost their top centre for the majority of this series and focus on the fact that they’ve got a critical game 2 tonight as they try to split the series here in Winnipeg.  Morning skate gets underway at 9:30 AM and there remains plenty of uncertainty including the status of Dylan DeMelo (Update: out with soft tissue injury) and Paul Stastny (game-time decision). Check back to see the pre-game report for potential updates as well as for the media availability from players and head coach Paul Maurice. Puck drop is at 6:30 PM CDT. Join us afterwards for our post-game show here (be sure to smash that like/subscribe button).

Winnipeg Sun: Scheifele got what he deserved for hit on Evans. The headline clearly states how Paul feels about the suspension handed out to the top centre for Winnipeg.

Winnipeg Sun: Jets find themselves facing considerable adversity after Game 1 loss to Canadiens. There were gonna be question marks with the Jets lineup ahead of game 2 even before the Scheifele suspension. That simply adds insult to injury (potentially literally).

Winnipeg Free Press: NHL lowers boom on Scheifele with four-game suspension. (Paywall). Some folks were satisfied, some are apoplectic at the penalty and the hockey world continues to flap their gums over the hit heard around the NHL.  Mike puts pen to papers (or some current variation of same) with his thoughts on the news. 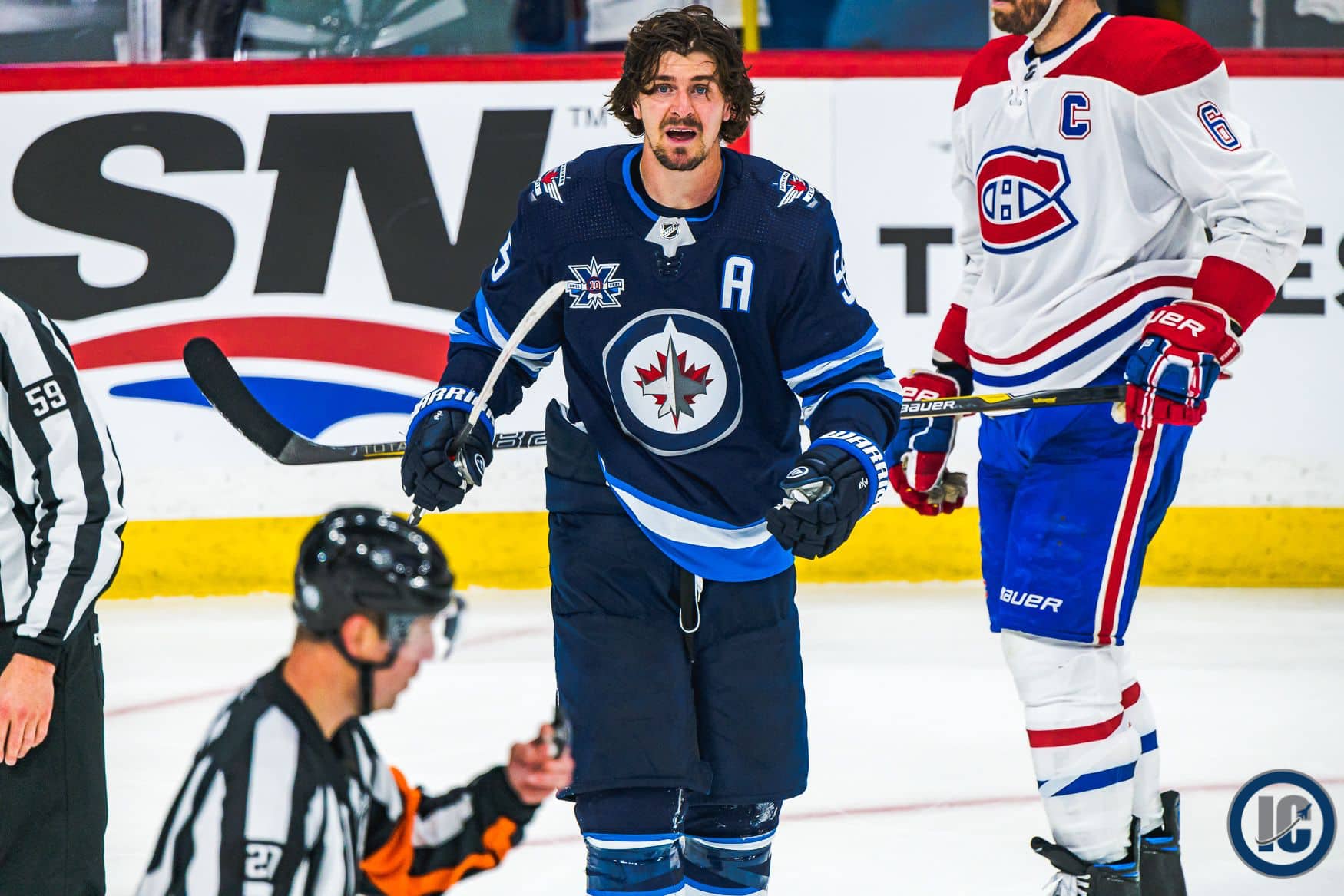 Winnipeg Free Press: Injuries, suspension leave Jets with holes in heart of lineup. (Paywall).  As I wrote in the notes there are plenty of questions marks for Winnipeg heading into game 2.

Sportsnet: Jets dealt another hammer blow with Scheifele suspension. Can the club win without number 55 in the lineup?  They didn’t have to this season as he didn’t miss a game but that is no longer a reality for this team so they will have to see if the depth they’ve spoken about during the season can prove capable of stepping up in his absence.

Globe and Mail: Mark Scheifele restarts NHL’s outrage merry-go-round with hit on Canadiens’ Jake Evans. (Paywall).  A very good read on the way the NHL runs their show including a solid chess reference.

The Athletic Winnipeg: Mark Scheifele’s dangerous hit ruins the emotional night that Jets fans deserved. Murat gives you his two cents on the action from game 1.

Montreal Gazette: Mark Scheifele suspension a step in right direction for NHL. If you are curious how a writer who covers the Jets opponent sees things, then check this out.

Sportsnet: Who needs to step up for the Jets in Scheifele’s absence? With Mark Scheifele out of the lineup due to a suspension, Ken Wiebe and Sean Reynolds discuss who could step up in his place.

TSN: Was four games for Scheifele enough, or too much? The NHL’s Department of Player Safety decided that Mark Scheifele’s charge on Montreal’s Jake Evans deserved a four game ban. Does the punishment fit the crime, or is it too harsh? How does Winnipeg make up for the absence of Scheifele? TSN Hockey analyst Jamie McLennan has more.

TSN: How should Jets adjust without Scheifele in the lineup? With Mark Scheifele suspended for his hit on Jake Evans, what should the Jets do to help fill the void? TSN Hockey analyst Jamie McLennan shares his thoughts, focusing on how Winnipeg’s depth can make the transition easier.