Defeceman Dylan DeMelo was lost to the Winnipeg Jets in his first shift of the 1st period of game 1 against the Habs on Wednesday with an injury simply labelled lower-body by the team.  It was believed to have occurred when he got tangled up with Brendan Gallagher. 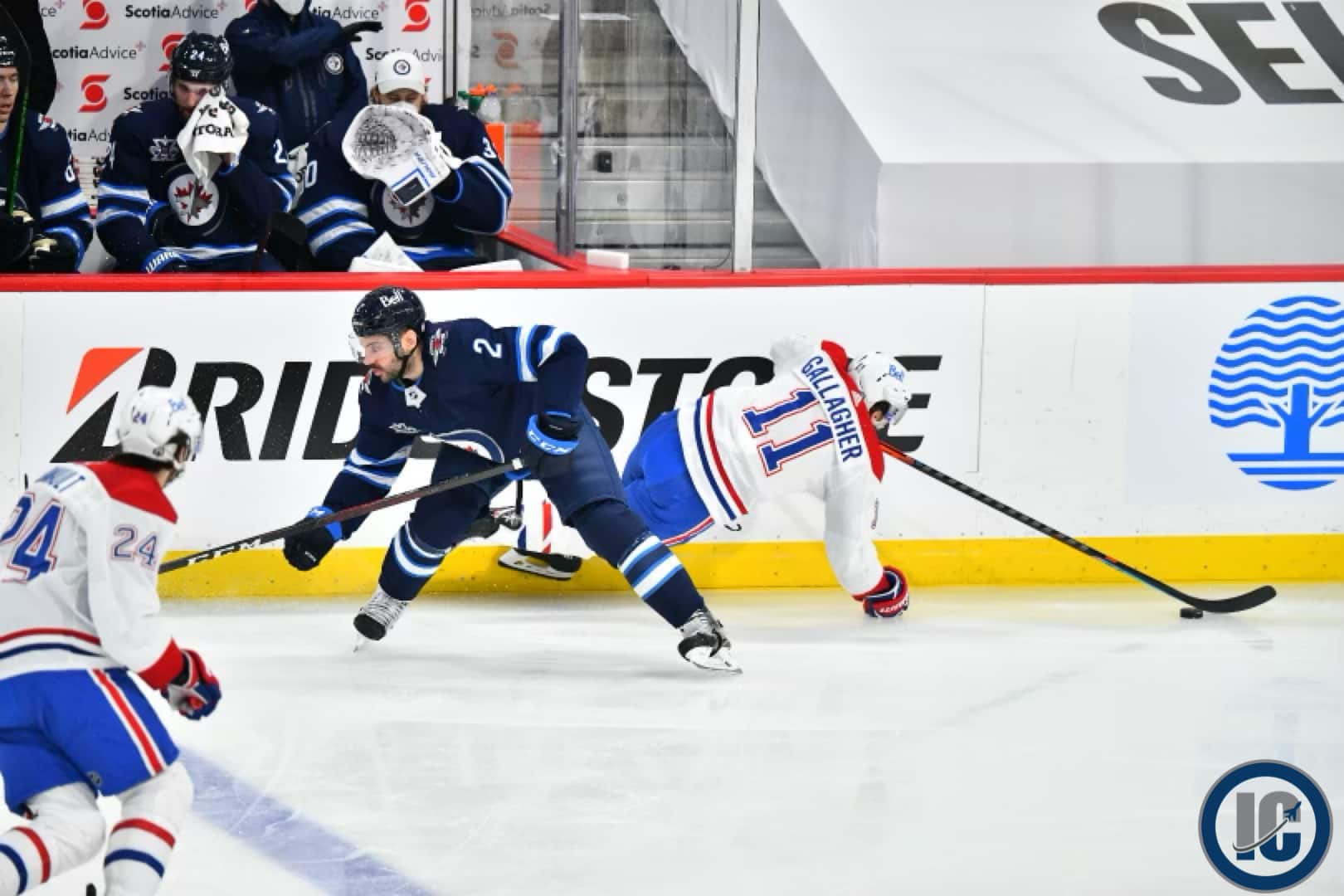 Today in his media availability Jets head coach indicated he won’t play tonight, that the steady back end presence is longer than “day-to-day” with a soft tissue injury and could miss up to a week.  Said it is harder to define when he’ll return due to the nature of the soft tissue injury.

Tough loss for the Jets who already lost Mark Scheifele due to suspension for four games and have veteran centre Paul Stastny as a game-time decision.  Game 2 goes tonight in Winnipeg at 6:30 PM.