There won’t be many called back up to the parent club but a few familiar names are gonna get a call whenever hockey resumes.

The NHL outlined their Return to Play plan on Tuesday which has been the subject of considerable discussion around the hockey world over the last couple of days.  Yesterday we heard from Jets winger Andrew Copp as well as Jets General Manager Kevin Cheveldayoff.

With the AHL having cancelled the rest of the 2019-2020 regular season and playoffs and with the plan for NHL training camps to allow NHL rosters to expand to at least 28 skaters the question was posed to Kevin Cheveldayoff in his conference call about what he might do to augment his roster.

With an absence behind the bench due to former Assistant Coach Todd Woodcroft leaving to become the Head Coach of the University of Vermont the first recall sounds like it will involve Moose Head Coach (also a former Jets Assistant Coach) Pascal Vincent who has a close relationship with Jets Head Coach Paul Maurice as well as having coached many of the Jets players when he was with the big club and as the coach of the Moose. 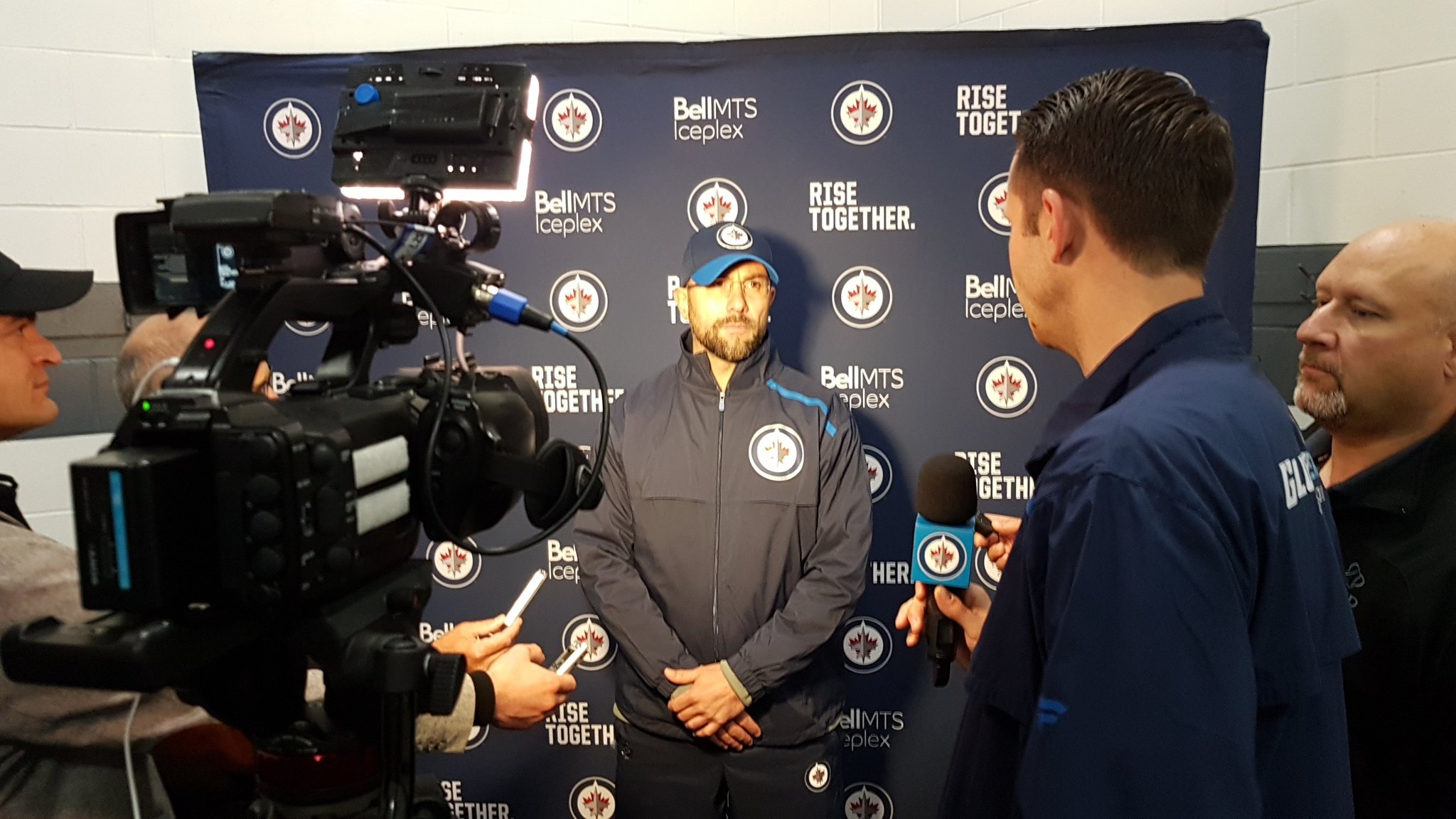 If you look at the Jets current roster they’ve got:

The team is allowed “unlimited” goalies so it would seem likely that they bring up both Eric Comrie and Mikhail Berdin.

Now if my above math is correct that puts the Jets at 27 skaters.  Bryan Little is a question mark and when asked about Little as a potential player during the play-in series versus the Calgary Flames, the Jets GM wasn’t willing to commit either way saying that Little hasn’t been ruled out but he also hasn’t been ruled in.  Cheveldayoff also indicated in his comments that they have 16 healthy forwards which would seemingly not include Little at this time.

This leaves the Jets with the ability to potentially add two skaters to the club for training camp.

A no-brainer addition would be 2018 2nd rounder David Gustafsson who unexpectedly made the Jets out of training camp, which seems like a lifetime ago.  The Swedish pro continued to improve once he got healthy following the World Junior tournament and was relied upon by Moose coach Pascal Vincent who was impressed by his development. 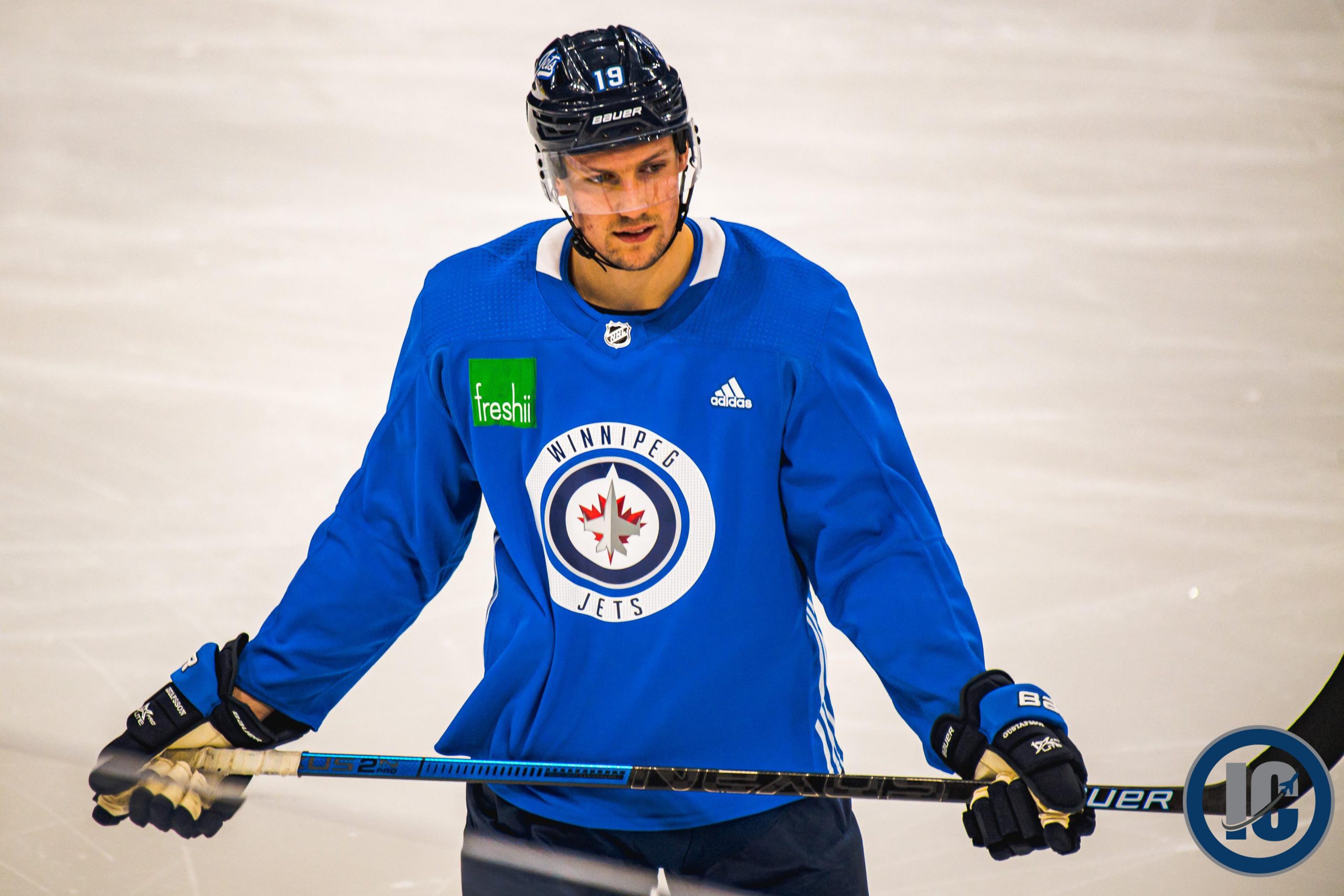 If they choose to add another player from the Moose my guess is it would be either 2014 5th rounder CJ Suess who got his first taste of NHL action this season or Jets 2017 1st rounder Kristian Vesalainen who has developed excellent chemistry with the aforementioned Gustafsson.

Cheveldayoff was also asked if the proposed July training camp would be an opportunity to get recently signed Jets draft pick Dylan Samberg or last year’s 1st rounder Ville Heinola some experience.  Cheveldayoff said in a perfect world you’d love to get Samberg and Heinola into a training camp situation but that the number of people who will associate with the team will be very small. So while he would love for them to get the opportunity it didn’t sound like he expected it to be an option for those two Jets draft picks.