Globe and Mail:  Sportsnet still showing signs of growth.  How exciting will it be for people in Winnipeg to finally have a lot more attention focused on the professional teams in Manitoba.

The Jets are about two weeks away from announcing their regional broadcast package. Sportsnet and TSN are both still in the picture.

Toronto Star:  How about an all Canadian division?  Not sure Vancouver would love the idea of flying to Montreal and Toronto a number of times throughout the season.  Winnipeg would sure benefit from playing all the Canadian teams though.  Let us know what is your best division realignment in the comments section.

The Telegram:  It’s not really a no-name team.  True North has built a solid AHL roster this summer.

Times & Transcripit:  Return flight of the Jets brings back special memories.  The Jets 1.0 had a memorable AHL farm team in the Moncton Hawks.

Winnipeg Free Press:  Jets dealing with Wheeler.   The good news is both sides continue to talk before next month’s scheduled arbitration and his agent said;

Still talking. We agree to disagree on some points, but both sides trying hard to reach an agreement.”

Portland Press Herald:  Pirates’ new coach turns down NHL opportunity with Jets.  Not often someone turns down a chance to coach (even as an assistant) at the big league level.

London Free Press:  Jets logo ideas flying in.  We’ve seen so many logos, it’s hard to pick just one that we love.

NESN:  Nashville Predators-for-Winnipeg would be NHL’s best realignment scenario.  It would be a much easier transition than a situation where the Wings left for the East.  Of course it would leave Minnesota, Detroit and Dallas very unhappy. 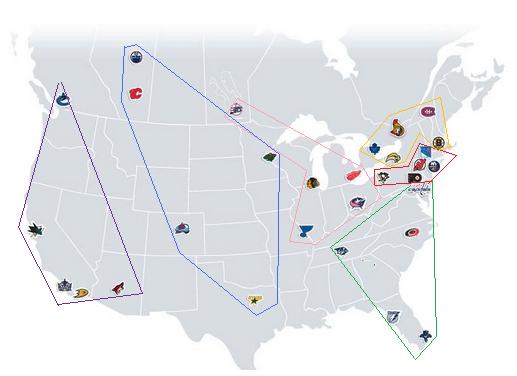 More Jets news as well as articles from around the NHL including Hulsizer’s bid for the Blues and Doughty and the Kings in a holding patter after the jump.

Toronto Sun:  Following Ladd’s lead.  Despite all the injuries, Fehr is only 25 so we have to hope that he can be healthy this season for the Jets.

NBC Sports:  Teemu Selanne retirement semi-update.  Best bet to see Teemu in Winnipeg next season will be when the Jets take on the Ducks on December 17th.

L.A. Times:  Drew Doughty apparently waiting for Kings to make the next move.  Not sure why either side is waiting on this one.

TSN:  Three new bidders submit offers for St. Louis Blues.  Looks like Matthew Hulsizer won’t be the only bidder for the Blues.