Winnipeg Free Press:  True North won’t confirm Jets move to Central.  Whether it is confirmed or denied, as news is relatively light, will generate a lot of talk.

Washington Post:  Eric Fehr says trade to Winnipeg came as a shock.  He will be a welcome addition to the Jets.

TSN:  Jets heading to Central division.  Some might be mad that we won’t be renewing our old Smythe division rivalries against the other Canadian teams, but this makes the most geographical sense.  We have discussed this in the past but it appears this could mean the NHL is leaning towards a 4 division league; 7 teams in Pacific, 7 teams in Central with 8 in Atlantic and 8 in the Northeast. 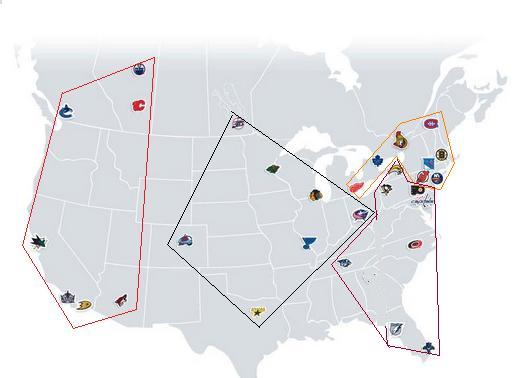 More Jets news and articles from Around the NHL after the jump.

Winnipeg Free Press:  Jets too busy to stage a prospect camp.  Jets fans will have to wait for next summer to see the prospects.

Toronto Sun:  Not playing in ‘Peg sucks says Toews.  Before anyone in Chicago gets too worried, he is just bemoaning the fact that the Hawks won’t be playing in the Peg’ this season.

National Post:  Jagr’s mullet finally ready to fly again.  Will this comeback be Lemieux-like or Forsberg?  Personally I still think the 39 year old has something left in the tank but will be interesting to see how he plays in Philadelphia this season.

Boston Herald:  Bruins build depth on blue line.  Interesting to think that some of these kids are not going to be looked at again for 2 or 3 seasons.

Detroit Free Press:  Red Wings re-sign Joey MacDonald; Chris Osgood might be next.  Looks like the Wings and Osgood could reunite for another season. 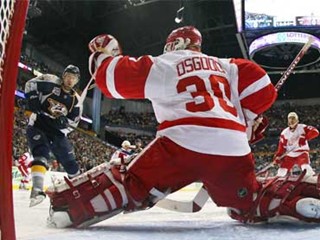 National Post:  No reason to fear an NHL lockout, Fehr says.  Good news because fans in Winnipeg didn’t wait 15 years to see the NHL go back to a lockout.