As long as there have been sold out events, there has been a secondary ticket market to provide those hard to get tickets. With the explosion of the internet, getting a ticket is now a bit easier than asking a shady guy on a street corner. Stubhub is changing the marketplace, providing useful data on the true market price of a ticket to any event.

With all Winnipeg Jets games sold out this season, this will easily be the hottest ticket in town for 42 nights a year (playoffs pending). 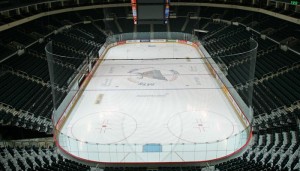 How much would you pay to sit up here?

For the many of us, who were shut out of season tickets during the Drive to 13,000, how much is going to a Winnipeg Jets game worth? This is a question we’ll have to ask ourselves when purchasing tickets to games on the secondary market.

Read more about the current state of the Winnipeg Jets Secondary Ticket Market after the jump.

I’m not here to pass judgment on people who sell tickets in the secondary market (aka scalpers), because it is inevitable. It is difficult to control and regulate, as IC contributor Jack Tadman commented in this article previously.

We can all see the tickets listed on Stubhub, but have any of them actually sold? What prices should people be looking at to pay in the future? Lets take a look at who is getting a head start on buying tickets in the secondary ticket market.

(For the record, if you are planning on buying tickets from a ticket reseller, the best prices are available as close to the event as possible, unless you are planning a trip, or absolutely need to secure your ticket, I would not advise to buy at this moment). 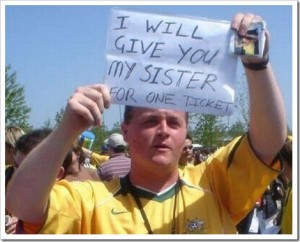 All prices and tickets listed are as of Friday, July 29, 2011. The highs, lows, and averages are based on a per ticket listing.

The table below will focus on only the tickets listed for the first month of the season, for the following reasons; it is in the middle of the summer, the tickets haven’t been printed, and the rest of the season is too far away to be valid. It is important to note, most of the listings, do not even specify what section and row the tickets are in, only by level (100,200,300, or price category p1,p2…etc)

While I don’t think anyone will pay the highest price listed for these tickets, with the length of time (72 days) between now (July 29, 2011) and the game (October 9, 2011), the sellers are just trying to “hit the lottery” and hope somebody bites. The highest prices should come down as the event nears.

Anyone can list a ticket for an extraordinary price, but has anyone actually paid top dollar for the once mythical Winnipeg Jets tickets. See below.

*The ticket sold at this price was a single ticket; single tickets will go for less than pairs as people prefer to sit with a friend than alone.

Aside from the inflated home opener , the actual tickets sold for the remaining October games are at an average of $173.4, ranging from $95 to $239

In a June article on “Houses of the Hockey” at The Score, Chris Matcovitch of TiqIQ listed his numbers for average secondary ticket prices for  as follows:

Our current average of tickets sold for games in October would put us in the middle of the Canadian teams. Which is reasonable, given the “honeymoon” period that we will be experiencing for the first 3 years.

For those fans who would like to see a game, but are balking at the current prices listed on Stubhub and other ticket reseller websites, I would advise them to wait until as late as possible, a number of conditions could change which would lower the prices of tickets.

Some factors to consider:

While it is quite early to be buying tickets from resellers, it was interesting to look at how many tickets have actually been sold, compared to the elevated prices listed on Stubhub. We will revisit the topic as the home opener nears.

Readers: Respond in the comments below, if you don’t currently have Winnipeg Jets season tickets, what is your plan for going to see a few games? How much would you pay for tickets?