And then there were five.

Six days ago TSN hockey insider Darren Dreger reported that there was a strong chance the Calgary Flames AHL affiliate in Stockton weren’t gonna be playing games in California and would instead be seeking to join the four team All-Canadian Division with the Manitoba Moose, Laval Rocket, Toronto Marlies and Belleville Senators.  Today the AHL announced that Stockton had sought a provisional relocation for this season.  They will play out of the Saddledome in Calgary. 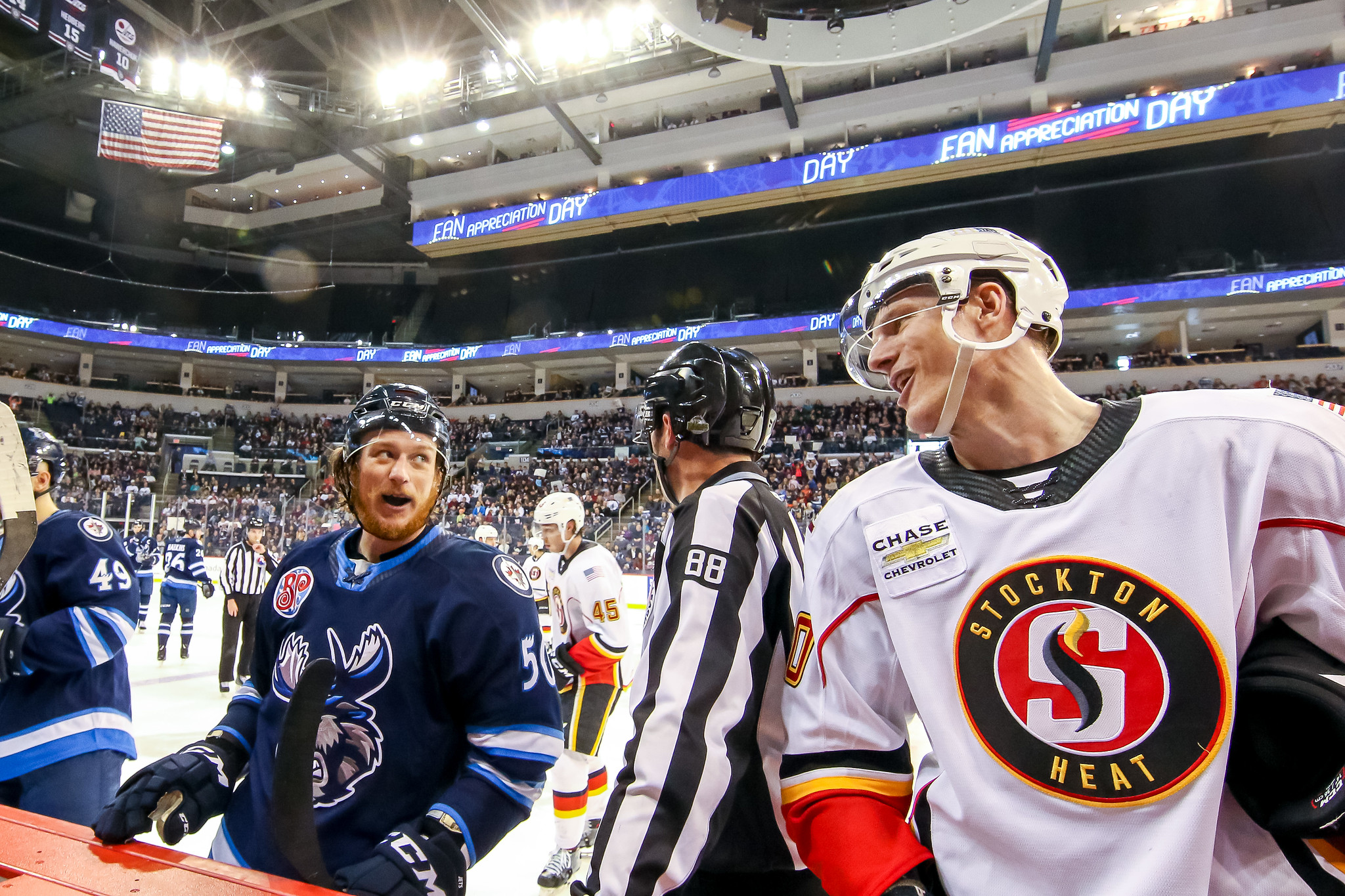 What is sort of wild about this news is that when the AHL released their schedule last Friday it included Stockton as part of the Pacific division which means they will now be forced to redo that schedule to take into account the Heat heading north.  Although given that Stockton were scheduled already it doesn’t really explain why the the All-Canadian Division still didn’t have a scheduled released on Friday.

Regardless of the reasoning we learned in the AHL release that the All-Canadian division schedule will become available in the coming days.

Which also means it won’t just be the Jets and Flames who are sick of each other but the Moose and Heat can add another element of antipathy between the clubs.