Calgary Sun:  Adding WHL to Winnipeg makes sense too.  We’ve discussed this and thought it would be a good idea to add WHL to the MTS Centre.  Would allow people who got shut out of NHL tickets a  hockey venue.

ESPN:  Winnipeg Jets to cause a ripple for 2012/13 season.  Sounds like Commissioner Bettman is thinking of (eventually) having a 4 division, 8 team league but for now its just Winnipeg back to West and either Nashville, Columbus or Detroit to the East.  We too discussed which division the Jets should eventually play in and came up with a number of scenarios.

Kitchener Record:  Kitchener native flying high after being drafted by the Winnipeg Jets.  That has to give the kid some confidence, knowing a team saw something in you that most missed. 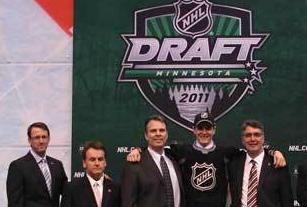 National Post:  New Jets break with past in first draft.  Do we have a xenophobic front office?  Nope.  They just picked high character guys.  I’m sure if there had been Europeans available that the front office had its eye on, they would have been selected.

Calgary Herald:  Lowry brothers ecstatic as both get drafted.  Wonder if it will be tough for their dad (and assistant coach of the Flames) Dave Lowry when his boys play the Flames.

Winnipeg Sun:  Jets extending offers to free agents.  Good news.  The franchise needs to get this worked out before the end of the week.

Winnipeg Sun:  MTS Centre upgrading facilities.  I’m not sure if I’ve ever been in the upper deck of the MTS Centre, but I’m confident True North will properly handle any improvements necessary to ensure its up to standard.

Winnipeg Sun:  No plans for Jets cheer crew.  Looks like aside from Edmonton, Winnipeg will join 5 other Cdn teams without a cheering squad.  Ironically we’ve discussed this idea before in a piece entitled ‘What it takes to be a NHL Cheerleader‘. What do you want as a fan? 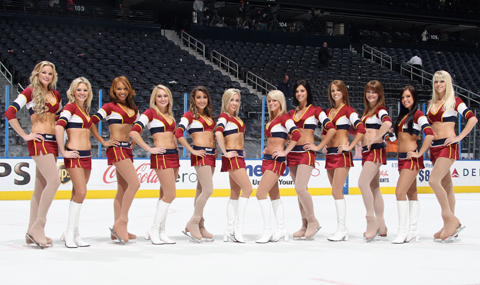 The Walton Tribune:  Thrashers – who really cares.  I’d suggest that the Thrashers had a decent hard core base, which wasn’t big enough to sustain the team obviously, but who will continue to follow it in Winnipeg.

Edmonton Journal:  L.A. fans bash away at Smyth for pulling a Pronger.  Captain Canada is clearly doing this for the right reasons.  With his career close to being over, he would be better off staying in L.A.