TSN:  Impressions of Winnipeg ‘s draft party.  If you missed the celebrations inside the MTS Centre on Friday, TSN’s John Lu does an excellent job of describing what it was like. And if you want to hear the actual crowd roar, here is some video.


Global Winnipeg:  Seat selection begins for Winnipeg Jets season tickets. Good explanation as to why those in the upper bowl are selecting first.

Red Deer Advocate:  Local fans celebrate Jets return to Winnipeg.  Will be even easier to cheer for the Jets with goalie Chris Mason, a Red Deer resident being on the team.

Winnipeg Free Press:  Jets picks Kasdorf knows it’s a tough road.  Goalies usually take a bit longer to develop but if he has a good opportunity to learn from coach Appert at Rensselaer Polytechnic in the NCAA. 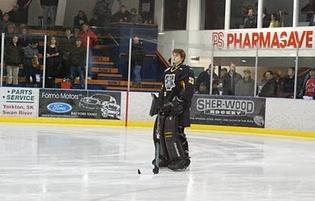 More on the Jets tv rights and NHL happenings after the jump.

Winnipeg Free Press:  Mrs. Tkachuk’s crash course.  Always good if you can have someone helping with the transition.

Winnipeg Free Press:  One down, only 999 to go.  Most people think summer means a break from hockey, but as this new organization continues to develop, expect almost daily news updates from now till training camp begins.

Toronto Sun:  Jets weighing their options. This will be a tremendously busy week for the organization.

The Barrie Examiner:  Scheifele has ‘instant connection’ with new team.Wonder when he will be making his first trip to Winnipeg. 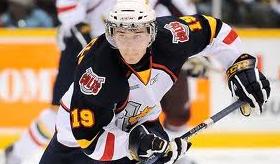 Globe and Mail:  NHL continues to drag out Olympic decision and talk about Jets territorial TV rights.  Can’t see the NHL not going to Russia in 2014.  For the Jets it will be nice having the 3 tv stations fighting for the rights and even nicer for fans without tickets knowing that most, if not all, 82 games will be televised.

Milwaukee Journal Sentinel:  Kirk Muller to be Admirals new coach.  He’s seen as an up and coming coach in the NHL ranks but can’t disregard that they have high expectations in Milwaukee.

Los Angeles Times:  Kings trade Ryan Smyth to Edmonton for Colin Fraser, seventh-round draft pick.  Nice that L.A. made this happen for Captain Canada but did they lose some of the depth they will need to compete in the West.