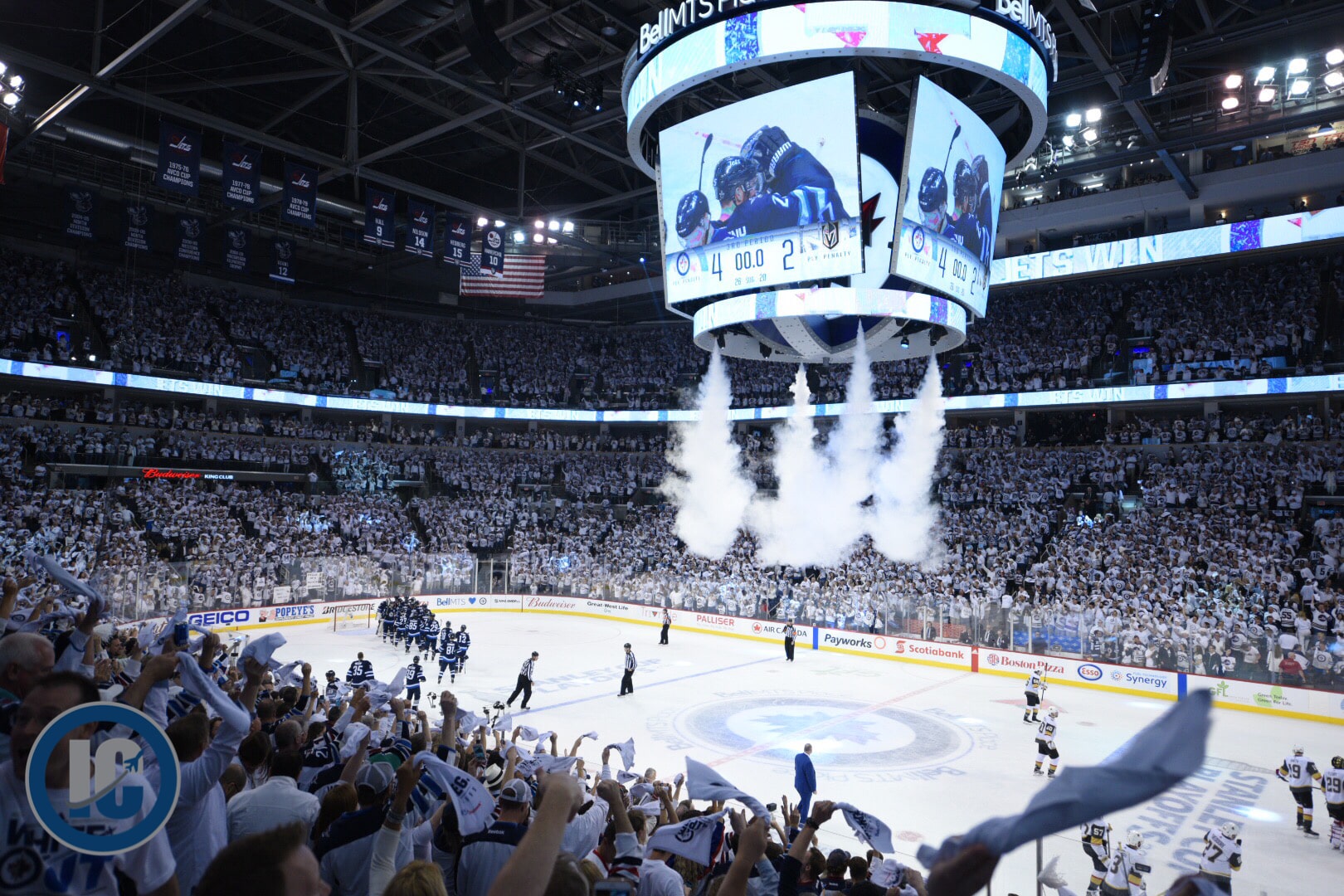 Game couldn’t have started any better for Winnipeg as they scored off a Dustin Byfuglien blast just 1:05 into the 1st period.  This was followed by Patrik Laine blasting home his fourth of the playoffs on the power play to make it 2-0 for Winnipeg.  The Jets would continue to roll when Joel Armia scored a goal which was initially called off by the refs but then ruled a good goal.  Eventually the Golden Knights would get one back as Brayden McNabb beat Hellebuyck glove side to make it a 3-1 game.

The 2nd was a more even frame although the Jets again held an edge in shot.  Mark Scheifele scored his NHL leading 12th goal of the playoffs as he tipped the Byfulien shot past Fleury on the power play.  William Karlsson made it a two-goal deficit when he scored on the power play.  Towards the end of the period Tobias Enstrom was leveled by James Neal in open ice and left for the Jets dressing room.

Tobias Enstrom was on the ice to begin the final frame.  Not much of anything happened in the period with the Jets being able to hold on for the remainder of the game and take it 4-2.

For the first time ever (since it was their first appearance ever) the Winnipeg Jets (NHL version) have won a Conference Final game as they defeat the Golden Knights 4-2 to take a 1-0 series lead.

Take a look at the advanced stats via Natural Stat Trick.

– Blake Wheeler had 3A;
– Dustin Byfuglien had a 1G 1A
– Mark Scheifele had 1G 1A
– Connor Hellebuyck picks up his 9th win of the post-season.