Note:  The Jets played in the biggest game of their season last night and once again a quick start proved valuable as they began their first ever Western Conference Final with a 4-2 win over the Golden Knights to take a 1-0 series lead.  Today the Jets will hold a media availability with players speaking at 12:15 pm followed by coach Maurice which you can hear in today’s Winnipeg Jets Practice Report.

Note II:  Today is wrap up day as the Moose say goodbye to the 2017-18 season.  The players will meet with the coaching staff and then speak with us throughout the day with coach Vincent speaking at noon.  As always we will have comprehensive coverage from the IcePlex. 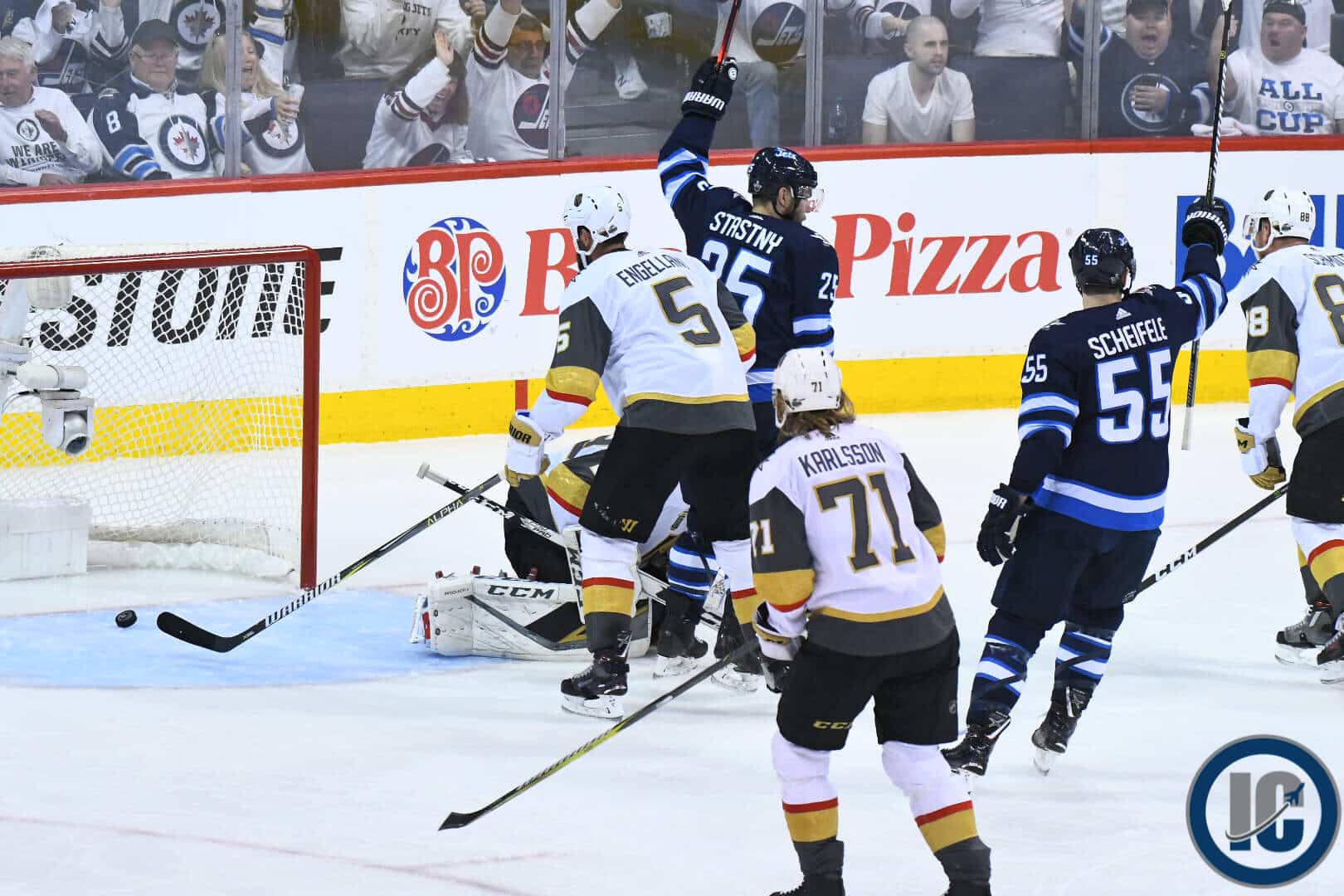 TSN:   Jets in pilot’s seat after Game 1 victory in WCF over Golden Knights.

Sportsnet:  Jets pick up right where they left off with big Game 1 win against Knights.

Sportsnet: Golden Knights not worried after tripping out of gate in Game 1.

The Athletic: Golden Knights fall in Game 1 to a Jets team which stands as their greatest challenge yet. (Paywall).

The Athletic: After a titanic struggle with Nashville, Jets are ‘men versus boys’ in Game 1 victory over Vegas. (Paywall).

TSN:  Jets avoid ‘trap game’ in convincing series opening win.   Coming off an emotionally-draining Game 7 win over the Predators, the Jets fought off a potential letdown and came out on fire against the Golden Knights. Sara Orlesky, Pierre LeBrun and Frank Seravalli discuss how Winnipeg maintained its focus when it would have been easy to fall in a trap game.

TSN: Jets swarm Golden Knights early, Byfuglien comes through again. Fatigue did not seem to play a factor for the Jets against the Golden Knights as they came out firing, utilizing their quickness to put pressure on Vegas’ defence. Craig Button explains how they executed their game plan to perfection and praises Dustin Byfuglien’s play once again.

TSN: Jets’ blue line leading the way for Jets. The Jets have been benefiting from quality performances from their blue line during the playoffs and as Craig Button explains, each of Winnipeg’s top six defencemen has made a key contribution during this run.

TSN: Trouba shining bright for the Jets. Has Jacob Trouba surpassed expectations with his play in the playoffs so far? Craig Button explains how he has been able to play under-the-radar to provide the Jets with solid performances.

Sportsnet: Jets still have a lot of work left against Golden Knights. Blake Wheeler spoke with Scott Oake after the Winnipeg Jets beat the Vegas Golden Knights in game one of the Western Conference Finals. Despite the win, Wheeler knows there’s a lot of hockey left.

Sportsnet: Jets will have to pressure Fleury to keep momentum going. Scott Morrison joined Sportsnet Central to break down the Jets’ Game 1 win over the Golden Knights, making sure to remind viewers that Marc-Andre Fleury will bounce back after a rough performance.

Sportsnet: It’s a new dawn for Winnipeg Jets. As the Jets prepare to take on the Golden Knights in the Western Conference Final, both teams will find themselves on the verge of making franchise history.