Chicago Sun-Times:  Hawks confident when they take show on road.

L.A. Times:  Kings are feeling battered as injuries stack up. 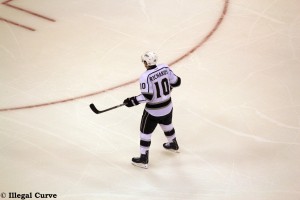 Pittsburgh Post-Gazette:  Penguins are 0-1, but far from done.

Pittsburgh Tribune:  A tweak or two will do for Game 2.