Boston Herald:  Svedberg saving his best for next season.

Providence Journal:  Marchand shows what he does best. 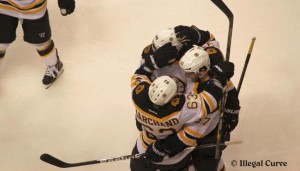 Globe and Mail:  Oilers job a good fit for Dallas Eakins – if he wants it.