Stanley Cup news: One more game to decide it all. Not Ott yet! Rangers fight back to force a Game 7. Season ends in 4-0 loss. Howl about that.

Ottawa Citizen:  One more game to decide it all.  You hate to see a game decided by the refs.  The penalty giving the Rangers the 5 on 3 was marginal and was at a critical point in the game.  Of course the Sens were a tad lazy on the 3rd New York goal, which turned out to be the winner.

New York Daily News:  Not Ott yet!  Rangers fight back to force a Game 7.  The crowd at MSG is going to be banana’s on Wednesday.  Canada and the CBC hoping for the Senators while NBC and the NHL want a New York based team to keep the TV ratings high. 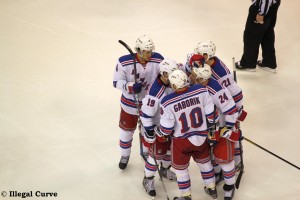 Chicago Tribune:  Season ends in 4-0 loss.  The Hawks were able to control the play but there was one thing they couldn’t control, and that was the brilliance of Coyotes netminder Mike Smith, who recorded his first every playoff shutout.

NHL.com:  Howl about that.  The Coyotes finished off the Hawks and advance to the 2nd round for the first time in their Phoenix based history.  Interesting to note that all 4 teams remaining (Phx, Nsh, LA and St. Louis) in the Western Conference playoffs have never won the Stanley Cup.