Toronto Sun:  Canadian hockey fans bare their teeth.  And here comes the hate.  Appears most of the love Winnipeg is going to get is going to be coming from the West (until we re-enter the league, that is).

Atlanta Journal Constitution:  Is Atlanta a lousy sports city?  Having never been I cannot say.  What do readers think of Atlanta as a sports town?

Columbus Dispatch:  Welcome mat is already out in Winnipeg.  I will take Winnipeg’s dry cold to the wet stuff they get out East.

Boston Globe:  It’s hard to see Winnipeg as a winning move.  I’m sure if you ask people in Canada, Winnipeg is the ONLY move left for the NHL and many think it will be a WINNING move.  And we’re supposed to believe that people in the U.S. care to see Atlanta or Phoenix coming to town.

Winnipeg Sun:  Alex Steen hopes deal goes through.  Will sure allow him to get back to visit the family more often.

Calgary Sun:  Steve Staois backs Winnipeg.  Love to see that players are coming from everywhere to support the Peg’.

Click ‘read more’ for additional all the news links and blogs.

Fargo-Moorehead Forum:  Improving landscape bolsters Winnipeg’s chances.  Nice for the city of Fargo to have access to both Winnipeg and St. Paul.

Toronto Sun:  Lawyers will be winners in Thrashers move.  Shocker…

Edmonton Journal:  Backing Winnipeg.  Gotta enjoy the love the city is getting from out West.  Will only last until Winnipeg is back in the league, and then let the hate return. 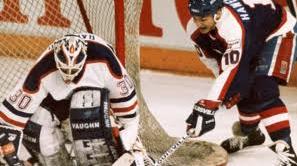 Arizona Republic:  Glendale may be reworking budget to pay 25 million to NHL.  Missed this story yesterday.  Doesn’t sound so good for the COG.

Vancouver Sun: If Winnipeg is good for NHL, why wasn’t Hamilton before? It begins and ends with the Leafs.

Macleans:  Hey Quebec City, ever get the feeling you’ve been cheated?  No question that like Winnipeg, people in Quebec City have a ton of passion.