L.A. Times:  Thrashers move to Winnipeg.   What better way to end the night then a quote by one of the best people (and this had nothing to do with his hockey skills which remain insane) to ever wear a Jets jersey, Teemu Selanne:

“I’m so happy for the city of Winnipeg and the fans,” said the Anaheim Ducks Ducks Teemu Selanne, who scored 76 goals as a rookie with the Jets in 1992-93. “It’s always been a very special place for me. There’s a reason why it’s called ‘Friendly Manitoba.’ It’s obviously sad for Atlanta fans, but it will be great to see NHL hockey in Winnipeg again.”

Ottawa Citizen:  MTS Centre gives Winnipeg NHL calibre rink.  This is what people here have been saying since it was built.

Winnipeg Sun:  New owner cares about hockey.  He, along with Chipman have formed an excellent ownership group.

Sportsnet:  No name decided.  I think we know which way the people of Manitoba want this to go.

Winnipeg Sun:  Steen confident Winnipeg will attract talent.  The chant I heard when he was speaking at the Forks was “we want Alex”. 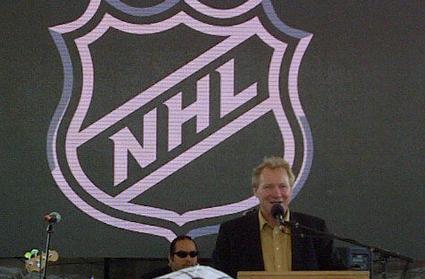 Winnipeg Sun:  Players will warm up to city.  Rumour has it that Paul MacLean is getting looks as a possible NHL head coach.  Perhaps he would be interested in a return to the city.

TSN Panel:  The business behind Winnipeg’s return.  I have faith in Truth North having done their homework.

True North:  Drive to 13,000.  Have at it Winnipeg.  Those prices are very good Manitoba.  Sales go to the General Public start June 4th, 2011.   Congrats Winnipeg we have a new meter to follow!!

CBC: Winnipeg Jets deal: the investors who made it happen. A nice profile of the new owners. Includes a shout out to IC’s Dave Minuk!

The Score: The Atlanta Thrashers: A Look Back At Their Awful, Uniforms Hopefully Winnipeg’s new team will have less hideous uni’s. Going back to the old Jets’ jerseys wouldn’t be a bad idea.

TSN:  Jets still hold special place in hearts of Winnipeg fans.  They sure do but people are happier knowing we have an NHL team back.

ESPN:  Sale of Atlanta Thrashers finished.  That has to be one tired group of lawyers but at least they finished before the Cup Finals.  This group looks relieved. 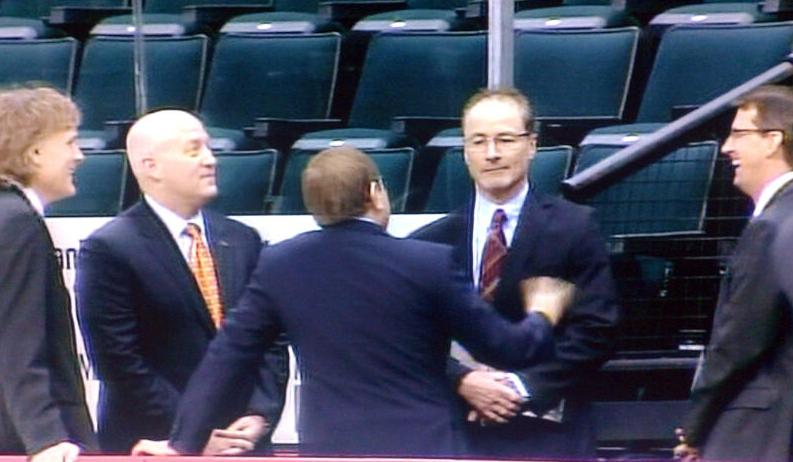 Atlanta Journal Constitution:  Thrashers, Atlanta were never given a chance.  Gotta feel bad for the city of Atlanta and its fans.

Ottawa Citizen: What the NHL’s Return Means for Winnipeg? Former Winnipegger James Gordon shares his memories of the city and looks to the future

CBC:  Do you think Winnipeg will have a successful franchise?  No doubt.

Winnipeg Sun: Press conference called in Winnipeg.  So it’s official?  No not the deal.  The fact I don’t ever have to hear “the deal’s not quite done”.

Globe and Mail:  Hockey-mad Winnipeg gets ready to party.  This city has waited 15 years.  The celebration will be monumental.  Includes a mention of Illegalcurve.

Winnipeg Free Press:  True North to announce purchase at press conference.  Must be nice that Gary can finally write those words.

Detroit Free Press:  NHL mum about Wings possible move.  Tough for NHL to say no to the Illitch’s but at same time Nashville and Columbus are also highly rumoured to want to make the move.

Canoe:  Thrashers sale just a matter of time.  If this doesn’t happen today, there are going to be a lot of media personal wondering why they’re in Winnipeg and not in Vancouver.  Plus while it’s naive to think this won’t overshadow Stanley Cup Finals, you would think the NHL would want this done before they begin.

Winnipeg Sun:   Forks ready for NHL party.  Not from what I saw when I popped down there this evening.   Stage was being  set up.

Toronto Star:  Winnipeg heading into NHL’s brave new world.  Might have to ban Toronto Star articles for awhile.  It’s not that we’re afraid of the truth but I’m sick and tired of all the doom, gloom and negativity towards Winnipeg.  We get it.  You resent a 2nd rate city like the Peg’ getting a major league team.

Globe and Mail:  Thrashers on verge of ‘elite status’.  This is a very good up and coming team.  I hope the players are ready to lose that anonymity as David Shoalts himself learned when I went up to chat with him as I was waiting for my girlfriend’s plane to land from Toronto.

Bird Watchers Anonymous:  Thrashers chapter comes to a close.  A heartfelt tribute to his team.

CJAD:  Winnipeg news angers Quebec City mayor.  Bit of a misleading title.  He’s just upset that they are squabbling instead of putting forth a united effort to get NHL back to Quebec City.

ESPN:  Thrashers Ron hainsey prepares to move. This is the part that nobody likes, uprooting families but it is a part of the game.

Puck Daddy:  Winnipeg to announce Thrashers relocation, party hard on Tuesday.  To paraphrase U2 from a few days ago, it’s going to be a “beautiful day” in Winnipeg.

Puck Daddy:  Bettman and the Jets  – tales from the NHL’s flight from Winnipeg.  An amazing/depressing narrative for those interested in the history of the Jets move.

ESPN: Thrashers’ Ron Hainsey prepares for move I have a feeling we’ll see many stories like this. Winnipeg welcomes all of the new players with open arms.

AHL.com:  Releases statement about True North.  Classy league that we were fortunate to be a part of for 15 years.

A convocation ceremony at the University of Manitoba is interrupted by the announcement of the return of the NHL to Winnipeg.