He will be back in the Peg for another season. 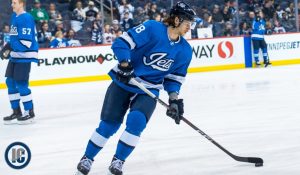 He was acquired at the trade deadline in a deal with the Sabres which cost the Jets their 6th round pick at the Draft last weekend in Vancouver.  Beaulieu had fallen out of favour with the Sabres but due to the injury to Josh Morrissey the left shot D man had a good opportunity in Winnipeg playing alongside Jacob Trouba.  He played 18 game with the Jets adding five assists during that time.  His cap hit was $2,400,000 last season and the Jets declined to qualify him so became a UFA today.

And he will remain in Winnipeg on a one-year deal.  This will give him an opportunity on a “prove it” contract to earn a bigger payday next year.

The Jets have now confirmed the deal.