The former Jets D man has signed with the team from his home province. 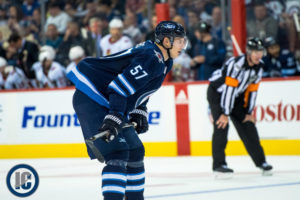 It seemed like a forgone conclusion that Jets defenceman Tyler Myers would be gone after the 2018-19 season as he was set to explore his UFA status.  The 29 year old did just that and will be returning to his home province of British Columbia after signing a five-year deal with the Vancouver Canucks for 30 million dollars.

Even though the NHL allows teams and agents to talk ahead of the start of free agency they aren’t supposed to have deals done but considering this news was making the rounds on twitter last night it would appear that wasn’t being followed.

Regardless Myers, who spent the has been in Winnipeg for four and a half years following his acquisition as part of the Kane/Bogosian trade back on February 11, 2015, will be on a new squad for the 2019-20 season. And for folks wondering when they will see Myers for the first time next year he will be in Winnipeg for a game against the Jets on November 8th.