With the draft a little less than a fortnight away, the usual spate of mock draft lists are popping up. This year’s edition is a little tougher to gauge, with Ryan Nugent-Hopkins only recently becoming the consensus #1, and that consensus isn’t slam dunk by any stretch. 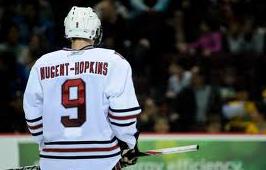 For today’s Prospect Pulse, I figured I would follow up on Ezra’s excellent draft primer and take a look at a few different mock drafts, see how they compare and perhaps come out with an updated understanding of who will be making the trip from St. Paul to Winnipeg to meet the media and fans.

More about this team’s 1st round draft needs after the jump.

As mentioned, this draft could see a lot of movement up and down the draft board. I am sure every scout sees different things, and there are sure to be heated debates over who goes where. It seems the #7 slot is no different, with no real consensus as to who is the best fit for the Winnipeggers.  They need to replenish their prospect pool and I would assume they want to make a statement at their first trip to the podium. With that said, I would think that they can rule out Dougie Hamilton (June ’93 birthday). My guess is that he won’t make it past the Devils at #4, assuming Larsson is gone. 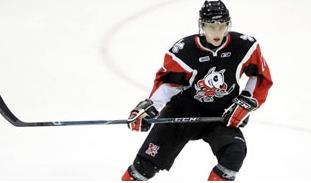 That leave us with Ryan Strome (July ’93 birthday), Sven Baertschi (October ’93 bday), Nathan Beaulieu (December ‘92) and Mika Zibanejad (April ’93). At the risk of being labeled a xenophobe, I doubt the Winnipeg brain trust would take either Baertschi or Zibanejad.

There is always what seems like a heightened risk with taking a European player very early in the draft, especially one from Switzerland (paging Michel Riesen), and though Baertschi performed very well in a tough Western League, we can’t say for sure how Zibanejad’s skills will transfer. He may take to the North American game very well, or he could flounder, it’s just too big of a risk at #7. Another knock on Baertschi is his late birth date. Several other prospects, including Beaulieu, will have had nearly an entire year’s worth of growth and development come draft-day. Baertschi may need just that much longer to mature into a contributing player.

If Winnipeg had the luxury of a prospect pool overflowing with NHL-ready talent, I would roll the dice, but when you need to hit the ground running and build up a minor-league system, you need to draft with caution.

Which brings us to Ryan Strome and Nathan Beaulieu.

Strome is a centreman with high-end skill and compete level, not to mention an oft-discussed work ethic.

Beaulieu is an offensive-type defenseman who is also good in his own end (+45) and comes from a hockey background (Dad Jacques is an assistant coach with the London Knights).

If I had to guess, I would say that Ryan Strome hears Kevin Chevaldayoff and company call his name when they walk to the podium. He has shown improvement in every season, plays a hard-nosed game and can put up points at evens. Not a big centre by any means, he nevertheless plays and works very hard and that seems to fit very well into how the organization envisions the team going forward. This is not in any way a knock on Beaulieu, but it is quite likely that Strome will be ready sooner and he will fit in much better to the culture planned for the Winnipeg team.

I want to hear from readers how they would approach this draft. I really do not believe Sean Couturier will slip down to #7, given his history with Hockey Canada and his skill level. Yes, he had an off year, but he was still battling the effects of an illness and my guess is someone wants him enough (hello Ottawa) to get him early. I am personally of the opinion that the team will try and move up. Edmonton’s #1st overall is allegedly available, and there is no better way to announce to the hockey world that you have arrived than to grab that first overall on draft day.

You thoughts and rational in the comments, please.  If you have a Prospect Related question feel free to hit up Kyle’s personal IC twitter account.

Lessons from Baltimore: Honouring History while starting anew
The Science of an Intro Song