Stevie from NYC checking back in with some thoughts about the name:

In the middle of the night on March 29, 1984, at the direction of team owner Robert Irsay, trucks arrived at the facilites of the Baltimore Colts to move the NFL team to Indianapolis.  The day would live in infamy in Baltimore, and a hole would be left in the hearts of football fans in that city, one that wouldn’t be filled until 1996, when the NFL awarded the Cleveland Browns franchise to Baltimore. 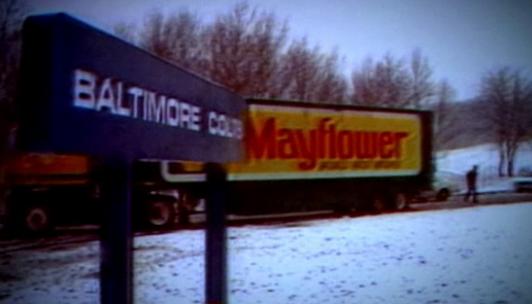 The attachment to the Colts had remained strong in the intervening years, perhaps no better exemplified than by the fact that the Baltimore Colts marching band stayed intact even after the team left.  For 12 years the band practices regularly, in full Colts attire, even though there was no team to cheer for, no games to perform at.  One can assume the harsh reality of realizing that the team was gone for good was too much to bear, and that going through old rituals and grasping whatever ties to the franchise one could was the best, and perhaps only, way to cope.

And who can blame them? As I sit here writing this with my 1986-87 Safeway Winnipeg Jets calendar by my TV, and the O-Pee-Chee wallet I ordered in by saving up hockey card wrappers as a 5 year old on my dresser, I certainly can’t. It is hard to overstate the attachment we have to our sports teams.  For many these memories go beyond sports – they are forever intertwined with some of our most cherised times spent with our families, with our friends, of our childhood.  And this is why the prospect of a team returning, of the ability to reclaim a paradise that was lost, is so beautiful. 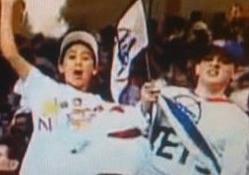 And so, when NFL football (which is to Baltimore what hockey is to Winnipeg) returned, it was not surprising that many Colts fans wanted their Colts back.  CFL fans will remember that in the intervening years, Baltimore was awarded a CFL franchise, the Stallions.  Much like Winnipegers did with the Moose, fans came out in droves to watch the Stallions to show that Baltimore was still a football town. However, fans were so eager to cheer for their Colts that when the announcer would say “Ladies and Gentelmen, your Baltimore….” …before he could get out “Stallions” he would be drowned out by screams of “COLTS!!”  And yet…and yet…the new NFL franchise was not called the Colts.  Despite the rich history that included the likes of the great Johnny Unitas and the deep attachment of fans to the Colts name, the new team took the moniker of the Baltimore Ravens. 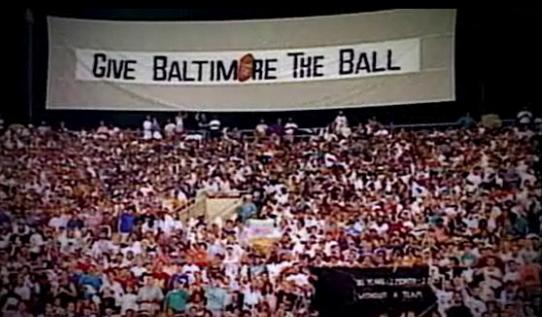 Before the Ravens’ first home game, a number of Colts greats walked onto their field in their original Colts jerseys.  And there, in front of a stadium filled with many a Colts jersey, they each turned their jerseys inside out, revealing a jersey in the colors of the new team, the Ravens. It was a strong signal that while the past must be honoured, the players themselves were saying “It’s ok. It’s time to move on and support the new guys.”

The rest, as they say, is history.  The Ravens forged a new identity as the most dominant defensive team in footbal, going on to win the Superbowl a short 4 years later. Their stadium is one of the loudest in the league, with fans all wearing Ravens jerseys cheering on the likes of future hall of famers Ray Lewis and Ed Reed, legends in their own right just like Johnny U.

Which is all to say, in the event the As Yet Unnamed Winnipeg NHL Franchise is not named the Jets, we’ll all be ok in the end.  Going in a new direction does not mean abandoning or dishonoring our past, for it is our bond with the Jets that largely allowed us to persevere through the last 16 years knowing we were a city deserving of NHL hockey, and knowing how great the return of NHL hockey will be, and for that reason the new team will be forever intertwined with the old.  Having said that, I’ll be wearing my Selanne Jets jersey this season regardless of the team name, and I can’t say right now how long it will be before I’ll be comfortable adopting the new team imagery, if there is one, whatever it may be.  But  it’s early….and we’ve waited long enough for this moment to arrive that we shouldn’t let our enjoyment of what’s about to arrive be at all tempered by a name.