News you can use: Latest on Return of the NHL to Winnipeg

True North:  Drive to 13,000.  We will leave this link at the top for all those interested in purchasing NHL season tickets for next season.  Today is the last day it remains open only to corporate sponsors and Moose season ticket holders.  When the next update occurs (4:30 pm cst) be sure to check back on IC for the updated totals.  If you can’t be online, check us out on twitter @illegalcurve as we will post the totals on there as well.  Current Total: 7158 (55% of goal). 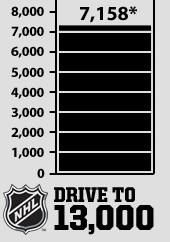 Arizona Republic:  Glendale economic report kept private.  While obviously not Return of the NHL news, we here in Winnipeg are still keeping an eye on our former team and whenever there is news indicating that something is being ‘withheld’ it usually isn’t good news.

Star-Phoenix:  Saskatoon needs pro hockey.  I’ve often wondered why our sister Prairie province to the West doesn’t have a professional hockey team.  However I would imagine True North took a look West when trying to find a place for the Manitoba Moose and found it lacking.   Having witnessed the support they give to sporting events, that surprises me.

Winnipeg Free Press:  Transition game. True North was already a 1st class organization before it entered into NHL ownership and this will hold them in good stead as they navigate the uncharted waters  while swimming with the big boys.

Winnipeg Free Press:  True North staff can’t keep up with calls, emails from anxious fans.  True North president and CEO Jim Ludlow believes there could be 6000-7000 tickets left for Saturday’s public sale of season tickets.  With the number of panicked calls and emails I received today, this doesn’t surprise me.

Winnipeg Free Press:  Kind words from Randy Carlyle.  I don’t think anyone who was a fan of the Jets could ever consider #8 as an enemy.

Winnipeg Sun:  NHL in ‘Peg jacket, tie affair?  Seems the Moose loyalist and the corporate sponsors are reaping the rewards for supporting the AHL for the past 15 seasons as it should be.  I’ve heard stories of a number of “corporate types” who are unable to secure past their allotment, meaning True North isn’t bending rules.

Winnipeg Sun:  Dudley gets face time with True North.  With the draft just over 3 weeks away, does True North want to take a chance and rock the boat? 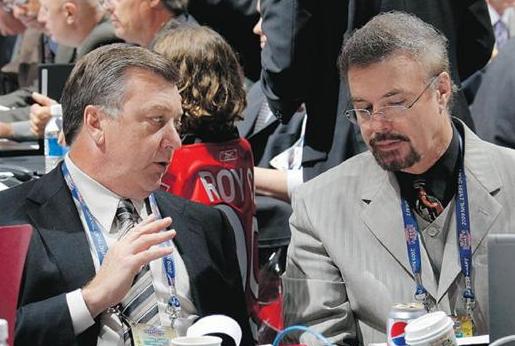 Click ‘read more’ for additional all the news links, blogs, and today’s picture of the day.

Winnipeg Sun:  Toews wants Jets to fly.  As Michael Remis of R-Desk fame suggested yesterday in his Go Jets Go piece, so do the majority of the people who are surveyed.

Globe and Mail:  Challenge to arena deal could threaten return of NHL to Quebec City.  Wonder if Quebec City is about to get it’s own ‘Thin Ice’ group!

Winnipeg Sun:  Oddsmakers say ‘Peg hotter off ice then on.  So you’re saying there’s a chance!   Until we get word from IC’s resident gambling expert, Ari Baum-Cohen, we will reserve our gambling predictions.

Chicago Tribune:  Return to divisional playoff round would rekindle rivalries.  The only problem with this proposal is that it rewards teams in weak divisions and punishes teams in stronger ones.  (hello Jets in the Smythe division battling Edmonton & Calgary throughout the 80’s).  However the assertion that the rivalries will develop is 100% accurate.  With exception of Boston/Montreal and Chicago/Vancouver, not too many teams have repeated playing each other during the playoffs recently.  This system would see that occur more frequently.

Puck Daddy:  Will this man be the GM for Winnipeg.  Sure seems to have the right pedigree but that name reminds me a bit too much of a former goalie for the Jets.

Red Light District Hockey:   What will realignment look like.  Here’s another look at the issue of realignment.

SB Nation Atlanta:  EA Sports’ NHL 12 will include Winnipeg instead of Atlanta.  Last game I owned was NHL 93 or 94, which innovated by allowing you to roof it or take a slap shot (I can’t recall).


The Sporting News:   Which Thrashers will fly to Winnipeg.  Lots to get done without a ton of time in which to do it.

The Score:  Winnipeg hockey tickets could get costly on secondary market. I still question the value of seeing the Leafs or Canadiens as “premium” but people have their loyalties and that could cost them.

Ice Man (AJC):  What will you remember about the Thrashers?  The sad reality is that even though people in Winnipeg are beyond excited, there is a fan base that just lost their team of 12 years.

Pro Hockey Talk (NBC Sports):  Winnipeg’s team name will emerge once they sell 13,000 season tickets.  Doesn’t make sense why True North wouldn’t release name if that was the case.  I’m inclined to believe that they are going to go in a new direction.

CBC:  Teemu Selanne talks about Winnipeg.  We too are glad he started his career here.

Taken from the above Chicago Tribune article, I really like the way this looks except it could reward teams with weaker divisional opponents.  Let us know what you think.  Sound off in the comments section as to whether or not the NHL should help to develop rivalries by going to a 4 Division alignment.

Return of NHL Hockey: All Winnipeg related NHL News
News (6/4) you can use: Latest on Return of the NHL to Winnipeg