News (6/9) you can use: Latest on Return of the NHL to Winnipeg

TSN:  Daly says MTS Centre meets NHL standards.  You’d have to think that this was a foregone conclusion.

Globe and Mail:  Andrew Ladd visits what could be his hockey home.  A two time Stanley Cup winner is just the kind of leader you want for this young group.

Fox Business:  Is the NHL poised to make a Northern migration?  Is Winnipeg just the first, in a push-back to hockey’s roots?  Should Florida and Phoenix be concerned?

Winnipeg Free Press: The long and winding road for Craig Heisinger to get to the top.  As everyone who watched yesterday afternoon’s press conference saw, the emotion and significance of the moment finally got to “Zinger”. The general consensus is that it couldn’t have happened to a better person, and IllegalCurve definitely echoes those sentiments.

Inside Toronto:  Former Jet Mark Osborne weighs in on move back to Peg’.  Thinks a new name might be the way to go. 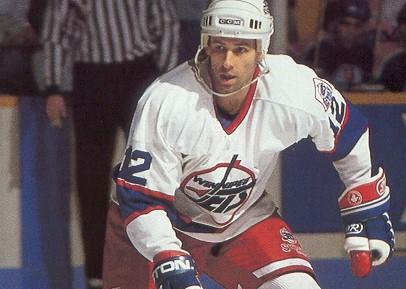 Winnipeg Free Press: Getting kicked in the teeth by him, made Cheveldayoff TNSE’s first choice.  Gary Lawless, our colleague at Sports Radio 1290, with an examination into the mutual respect society between TNSE & Kevin Cheveldayoff.

Winnipeg Free Press:  Online ticket scalpers vanish from cyberspace.  Good news for Winnipeg hockey fans.  Now hopefully those tickets will find their way into real hockey fans & not those just looking to make a quick buck. Former IC contributor Neil is 200th or so on the waiting list and is staying up nights praying he somehow gets a season ticket or two.

Winnipeg Free Press: Renovations taking place to increase number of luxury suites.  The demand for luxury suites is just as strong as the demand was for “regular” season tickets. Between the returning NHL, and the stellar roster of other shows/concerts taking place at MTS Centre, the luxury suites are sought after by those with deep pockets.

Winnipeg Free Press: Cheveldayoff & Heisinger to bring a blue collar work ethic to their new roles. Given everything we already know about the man they call “Zinger”, this should come as no surprise. The fact TNSE reached out and hired someone (Cheveldayoff) with a similar raison d’être seems to fit with the organisational ethos.

Winnipeg Free Press: No time for “Chevy” to bask in the glory of being hired.  Perhaps Cheveldayoff was able to enjoy a nice meal with a bottle of wine, last night. Starting today he is going to be busy forming this roster. 1st duty—re-sign Andrew Ladd. 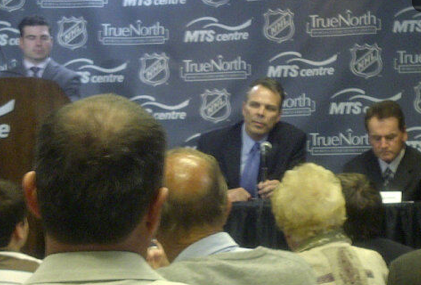 Winnipeg Sun:  Head coach head hunting.  Seems like True North and company have a pretty clear vision of what they want in a coach.

Pembina Valley:  Fehr excited for NHL’s return.  Another Manitoba boy excited to play some games in his home province.  His family should be happy that we have a number of games against the Capitals this season.

Winnipeg Sun:  Chipman expands NHL family.  His long term vision is sure to make all fans of this team very happy.

Edmonton Journal:  Cheveldayoff reunites with Heisinger.  These two seem to have an affinity for each other.  Best part of press conference was Zinger telling the media when asked what he would tell players coming here….”buy a parka!”

Daily Herald:  Cheveldayoff takes control in Winnipeg.  Was very impressed with the way he handled himself in the media scrum.  His message of a slow build seems to fit with Mark Chipman’s vision.

Toronto Star:  No talks with Balsillie.  Wouldn’t expect the league to admit it if they were giving him any sort of indication that they are interested.

Montreal Gazette:  Taxpayers should not foot bill for professional sports venues.  Agree that its best to have everything out in the open.

TSN:  Balsillie could still get a team.  Perhaps he will be able to buy the Coyotes 3 years after he initially tried.