News (6/10) you can use: Latest on Return of the NHL to Winnipeg

Winnipeg Free Press:  Coach Ramsay waits for word from Winnipeg.  While he awaits the final decision from True North, Coach Ramsay’s own words don’t suggest he thinks he will have a job come Monday.

“I didn’t think it would end like this,” said Ramsay. “I can’t look into the future. I saw what I thought was a good opportunity to work with someone I had known for years (in former GM Rick Dudley). I thought we could improve the team. I’m sorry we didn’t get there.”

Global Winnipeg:  Will the NHL create more jobs in Manitoba.  Slow growth is better than no growth and remember what they say, “Slow and steady wins the race”. 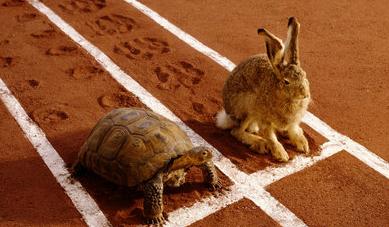 Winnipeg Free Press: Great risk in picking a name other than Jets.  At some point, I think TNSE might just decide to give the people what they are demanding, and that’s the ability to chant Go Jets Go. I don’t think that is their preference, however.

Edmonton Journal:  What’s in a name?  Perhaps we need to offer the Coyotes a swap.  We will take back the Jets record books and they can have all of the Thrashers records.  In fact, we will even throw in the Atlanta Flames record books as well.

More of the days news and today’s Video of the Day after the jump.

Winnipeg Free Press: As quickly as they disappeared, the online ticket brokers have reappeared.  You didn’t really think they would disappear quietly into the night did you. When there is this much money in play, people will take the risk of running afoul of the long arm of the law.

Winnipeg Free Press: Andrew Ladd takes a tour of the city he may be calling home.  You get the impression Ladd enjoyed the city, but did not want to be too effusive in praise as he will be entering into contract negotiations very shortly if they have not already began

Winnipeg Free Press: Hockey fans should be thankful it was the Thrashers that were purchased, not the Coyotes.  Couldn’t agree more with the salient points made by Gary Lawless. Even though the Coyotes have had the most recent success, the team better suited for the future is undoubtedly the ex-Thrashers.

Winnipeg Free Press: NHL Deputy Commissioner Bill Daly leads a contingent of NHL Executives to Winnipeg.  The most interesting portion of this article is that (allegedly) Commissioner Bettman and Mark Chipman had a gentlemen’s bet on how quickly the season tickets would sell out.

Winnipeg Free Press: Bill Daly chimes in on the topic of the name of the team & the history of hockey in Winnipeg. We had a fascinating debate on this topic yesterday on our Twitter page (@illegalcurve). Does the history belong to the city or the franchise? Sound off in the comments!

Selkirk Journal:  Selkirk happy to have NHL back.  This is not just a city wide initiative, it involved the entire province to get involved.


Winnipeg Sun:  Ladd’s scouting mission.  As I said yesterday, he’s a two time Stanley Cup winner and he’s only 25.  Type of leader this squad could use in the dressing room for years to come.

Winnipeg Sun:  Ladd thinking long term.  Still amazes me that a guy who has never been above 60 points could command a salary north of 3 million, welcome to the new NHL.

TSN:  AHL approves move of Manitoba Moose to St. John’s.  I hope the people of St. John’s can continue the fantastic support this organization received from the people of Winnipeg.

ESPN:  Matthew Hulsizer has new proposal for Glendale.  Oh right, that whole team in the desert which is owned by the municipality but is supposedly being bought by this guy dilemma, which everyone had forgotten about apparently.

Arizona Republic:  Phoenix Coyotes GM Don Maloney says 3 roads exist in goaltender search.  Perhaps someone might want to give Boston’s GM a call.  Looks like Tim Thomas could play for years, and that Rask fellow might deserve shot at being a #1.

SB Nation Atlanta:  Winnipeg NHL relocation means Thrashers staff out of job. The downside of the move is that people have lost their jobs.