News (6/13) you can use: Latest on Return of the NHL to Winnipeg

CTV:  Downtown Winnipeg aims for the big leagues.  People are excited.  15,000 downtown for 40 nights a year will sure do a lot to help revitalize the area.

CBC:  Elliotte Friedman’s 30 Thoughts (10 & 11).  One would hope that the Canucks will allow True North to talk with Noel.

Atlanta Journal Constitution:  Craig Ramsay will interview with Winnipeg.   Should be an interesting story on Thrashers equipment manager Bobby Stewart. 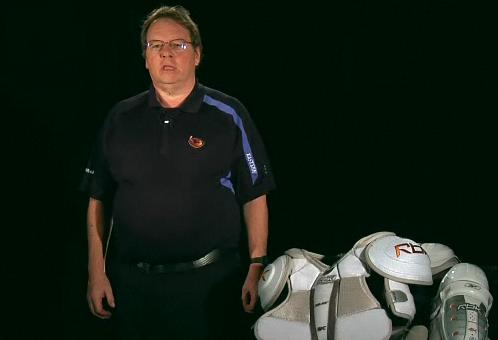 Fox Sports South:  Morbid countdown continues.  Having lived through a lame duck year, we can empathize with folks in Atlanta as this process draws to its inevitable conclusion.

Winnipeg Free Press:  Zinger, Chevy try to corner a coach.  While Moose fans would be happy to see Noel continue to stay in the city, perhaps the die hard Jets fans want to see Paul MacLean and his familiar mustache behind the bench. 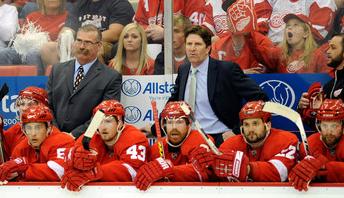 More articles, blog postings and today’s Tweet of the Day after the jump.

Winnipeg Sun:  Ramsay to get interview for Winnipeg job.  Good that they are giving him an interview but no reason they shouldn’t also be looking at other candidates.

Best was easy to spot among hockey photographers. He was always wearing a Winnipeg Jets cap and, like lots of native Winnipeggers, he was excited about the pending sale and relocation of the Atlanta Thrashers to his home city.

Five Hole for Food:  Fighting hunger while playing hockey.  A great cause which will be coming to Winnipeg July 3rd, 2011 and we hope that Manitoba will show its support.

Globe and Mail:  Canadian hockey scores with commodities.  Technically the NHL didn’t add Winnipeg in 1972.  Let’s hope Manitoba’s slow but steady growth policy continues to win out and we won’t have to worry about the Bulls and the Bears, unless of course True North names the team ‘Da Bears’.

Star Tribune:  Russo Rants.  I like the idea of creating a new rivalry with the closest geographic team.

Yahoo:  Winnipeg ditching Coach Ramsay?  Gotta think first question will be about how he was unable to turn this team around during their big losing streak this season.

TSN:  A look back at some Winnipeg memories.  Not sure how I missed this blog posting from former NHL ref Kerry Fraser as he shares his Winnipeg memories.  I blame it on the fact that it came out when there were 1000 stories about Winnipeg, so you will (I hope) excuse my oversight.  My best NHL referee memory at Winnipeg arena was the older lady who sat in Section 29 (1 over from us) who use to wave a referee doll in a noose whenever calls went against the Jets. 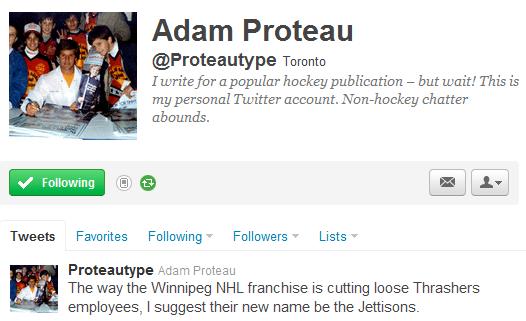