The Moose are in Toronto to kick off a seven-game road trip which will conclude their 2021 regular season.  Manitoba comes into this game hot having a 7-0-0-1 record in their last eight games. 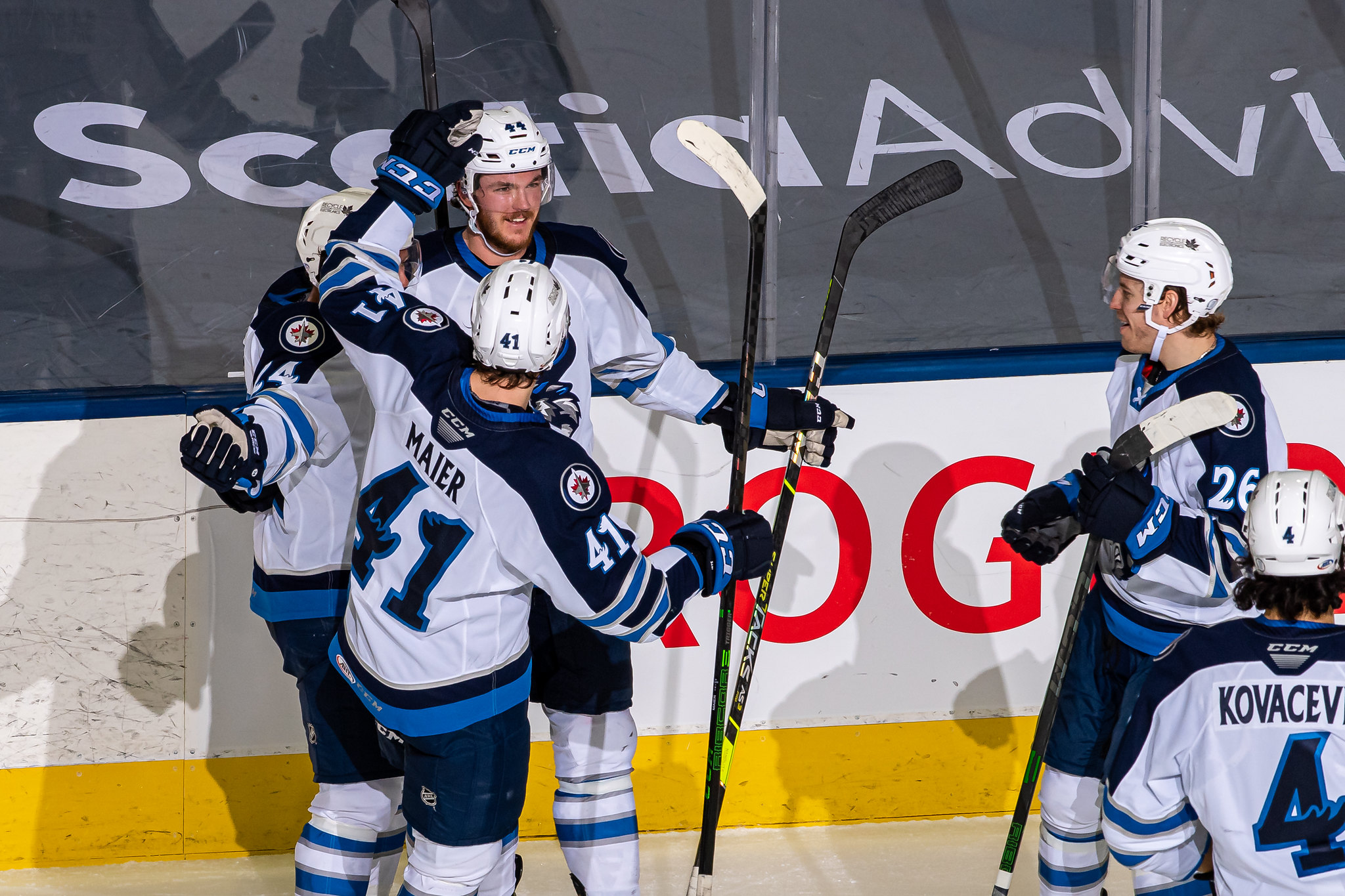 Jeff Malott got the game going for the Moose in Toronto as he scored his team leading 13th goal of the season to make it 1-0. That goal tied him for the rookie lead in goal scoring in the AHL.

Ty Pelton-Byce scored his first pro goal on a nice move through the neutral zone.

Jets 2017 2nd rounder Dylan Samberg showed you why you shouldn’t play pool with him as he scored his first goal as a pro from behind the Marlies goal line.

After giving up back-to-back goals in 34 seconds which tied the game 3-3 goalie Mikhail Berdin was given the hook late in the 2nd period.

After being on the taxi squad for most of the season Nelson Nogier picked up the GWG which came 52 seconds after the Marlies had tied the game. He isn’t a prolific scorer so good timing for the veteran defenceman to score his first goal of the season.

Jets 2020 1st rounder Cole Perfetti, after being skunked last game, got an assist on the go ahead goal for the Moose which gives him 4G 10A in his last nine games.

Manitoban Cole Kehler won his second game with the Moose in relief.  He had a relatively uneventful 3rd period until the Moose took two penalties late in the final frame and the Marlies pulled the goalie giving them a 6 on 3 for 24 seconds.  He held strong and made seven saves for the win.

With the victory the Moose points streak hits nine games (8-0-0-1).

Moose have a practice scheduled for Friday as they get set for a re-match with the Marlies on Saturday.