A busy Saturday in Toronto as the Moose were looking to keep their nine game points streak (8-0-0-1) alive with their second of three against the Marlies.

Just two changes to the lineup with Bobby Lynch and Kamerin Nault coming out and Haralds Egle and Westin Michaud coming in. 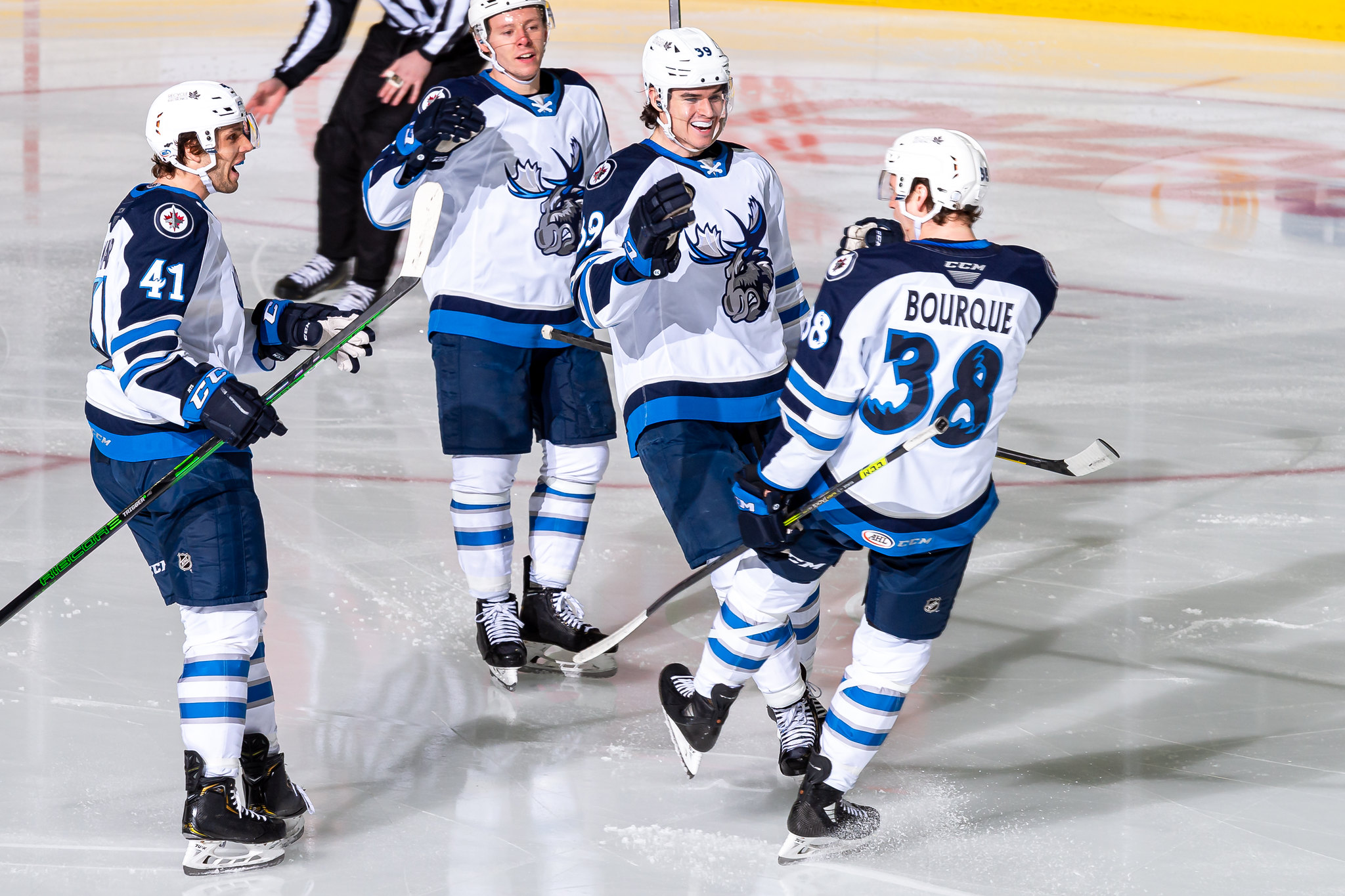 Jets 2020 1st rounder Cole Perfetti scored this beauty on Leafs goalie Fredrik Andersen who is on a conditioning assignment with the Marlies. That goal gives him five goals and 10 assists in his last 10 games.

2017 3rd rounder Johnny Kovacevic now has 11 points (2G 9A) in his last 10 games (two in this game) including the assist on this CJ Suess goal which tied the game at the midpoint of the 3rd period.

It wasn’t all good news for Kovacevic who was hurt with just under four minutes left in the final period.  Coach Vincent didn’t have an update post-game.

In the shootout Cole Perfetti scored a silky smooth goal in the 2nd round of shots. In the 4th round of shots Jets 2018 2nd rounder David Gustafsson won it with this beauty.

Moose and Marlies will close out their three game series on Sunday afternoon.