The day started with the Moose losing Jets 2017 1st round Kristian Vesalainen who was reassigned by Winnipeg from Manitoba to their taxi squad before they left for Montreal.  Then an hour before puck drop two more prospects were ruled out of the lineup with 2018 2nd rounder David Gustafsson and 2017 2nd rounder Dylan Samberg listed as day-to-day. That is a lot to lose in a day but such is the reality of hockey in the minors. 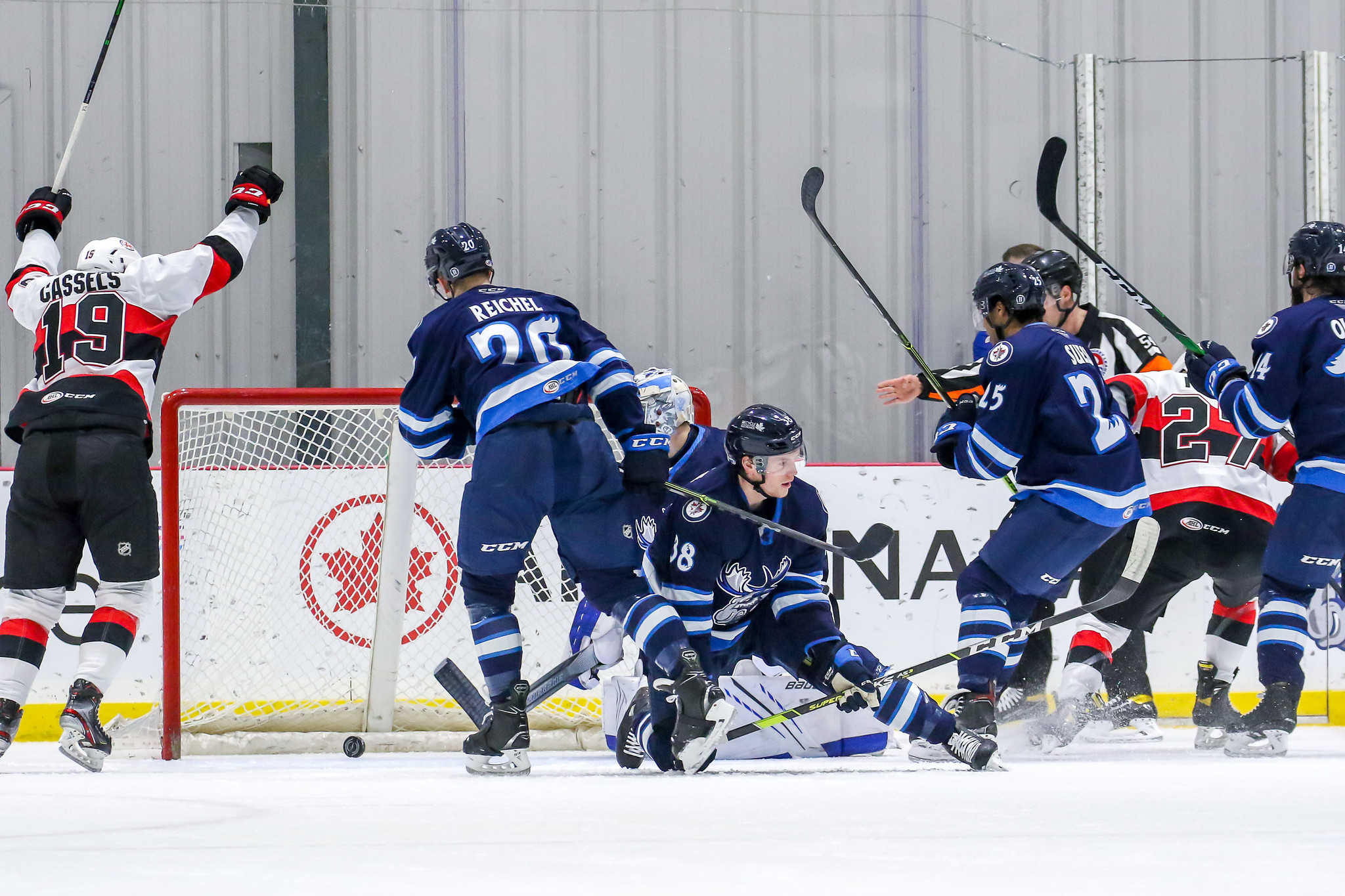 The Senators were coming off a win over the Marlies while the Moose hadn’t played in a week which led to a ho-hum opening period of play. Manitoba came out better in the middle frame but it was Belleville who would score as they beat Mikhail Berdin with nine seconds left to make it 2-0 after 40 minutes.  The 2nd period ended with Marko Dano and Kristian Reichel showing some emotion as both weren’t pleased with some of the Senators players.  And the 3rd period was all Manitoba as they outshot Belleville 17-1 and scored two goals.  Unfortunately for the home side the one shot the Sens took resulted in a goal and the visitors walked away with a 3-2 win to open the four-game series.

It was a big night for a pair of Minnesota born members of the Moose as:

Westin Michaud scored his first pro goal to bring the home side within one.

Peter Krieger scored his first goal in the AHL which also brought the home side within one.

As to an update on prospects David Gustafsson & Dylan Samberg, Moose head coach Pascal Vincent didn’t have much info other than to say both aren’t playing tomorrow but he expects them back for the third game of series this weekend.

He didn’t have an update on Jimmy Oligny who left mid game.

The Moose are back in action tomorrow in a re-match with the Senators.  Puck drop is at 6 pm.