The Moose were coming off a bad 3rd period collapse against the Rocket on Sunday afternoon and were looking for a measure of revenge today as they closed out this four-game series against Laval which is also the final regular season meeting between the two clubs. 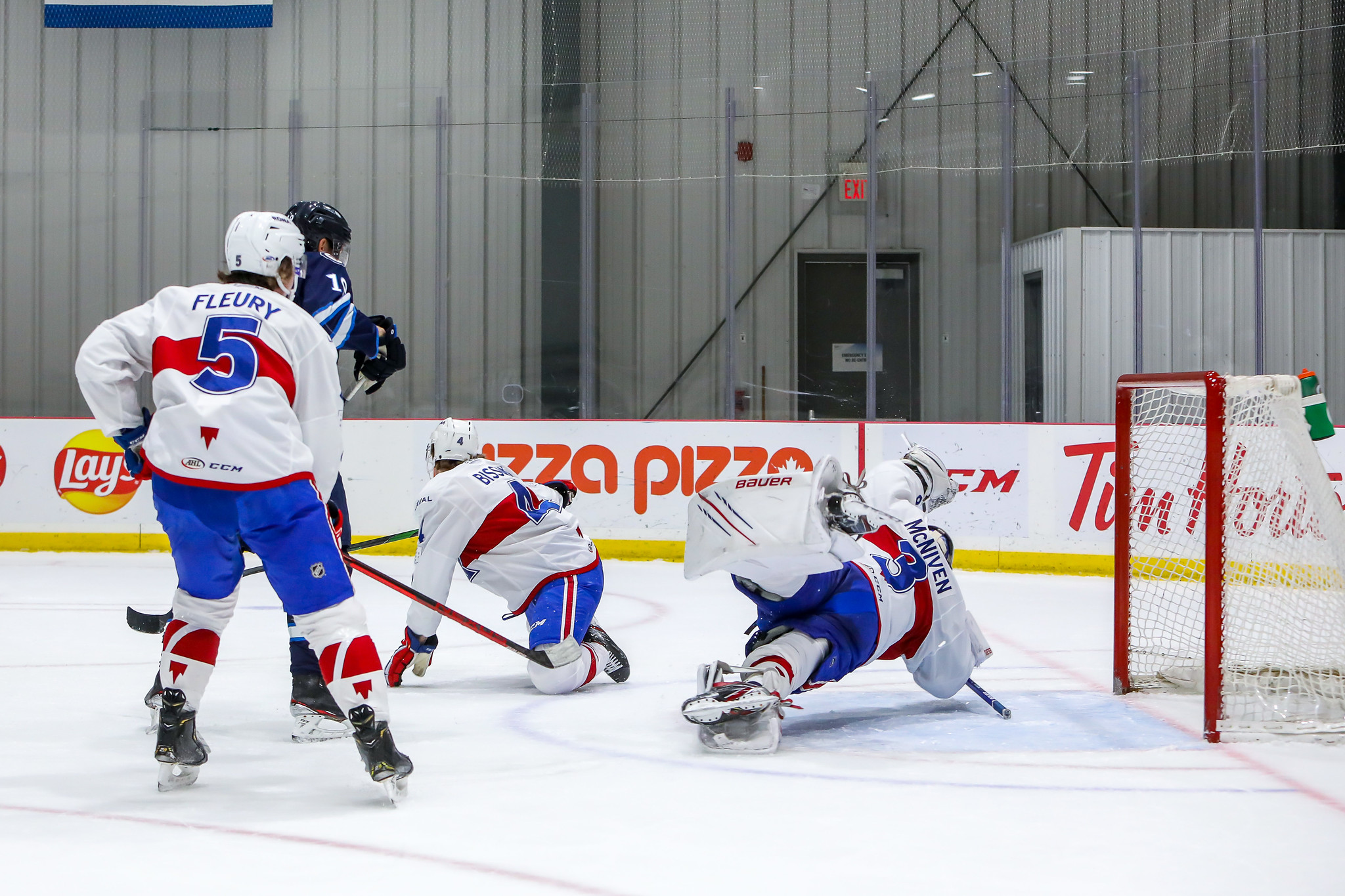 The Moose got out to a 10-0 shot advantage in the 1st period but couldn’t solve Laval goalie Michael McNiven, which was a theme that would continue for most of the afternoon/early evening aside from one power play goal that Manitoba scored late in the 1st period. However the visitors would score the next three goals including an awarded goal late in the final frame when Nathan Todd, trying to prevent an empty net goal, threw his stick at the puck resulting in an automatic goal for the Rocket. Laval came into this four-game series having won six straight and leave Winnipeg with three wins in four contests (and the loss was in the shootout in a game Manitoba tied with 0.2 seconds left on the clock).

A younger Moose team managed to keep up with the more experienced Rocket club in most of the games and even had a 3-1 lead in the 3rd period of the third game but Laval just continued their winning ways.

Jets 2020 1st rounder Cole Perfetti scored his fourth goal of the season which was his 10th point in his 20th game.

The Moose are off tomorrow. They don’t play again until April 7th when they continue their 17-game homestand as they welcome Belleville to town for four games.