Yesterday following the news of Dale Hawerchuk’s passing, Jets Executive Chairman Mark Chipman spent 20+ minutes talking about the life and career of the hockey legend who played such a significant role in this community. The last question in the interview was whether the Jets organization had a plan to honour Dale Hawerchuk’s legacy.

The first step the organization took was to move Hawerchuk’s Jets Hall of Fame banner from inside Bell MTS Place and place it in True North Square. 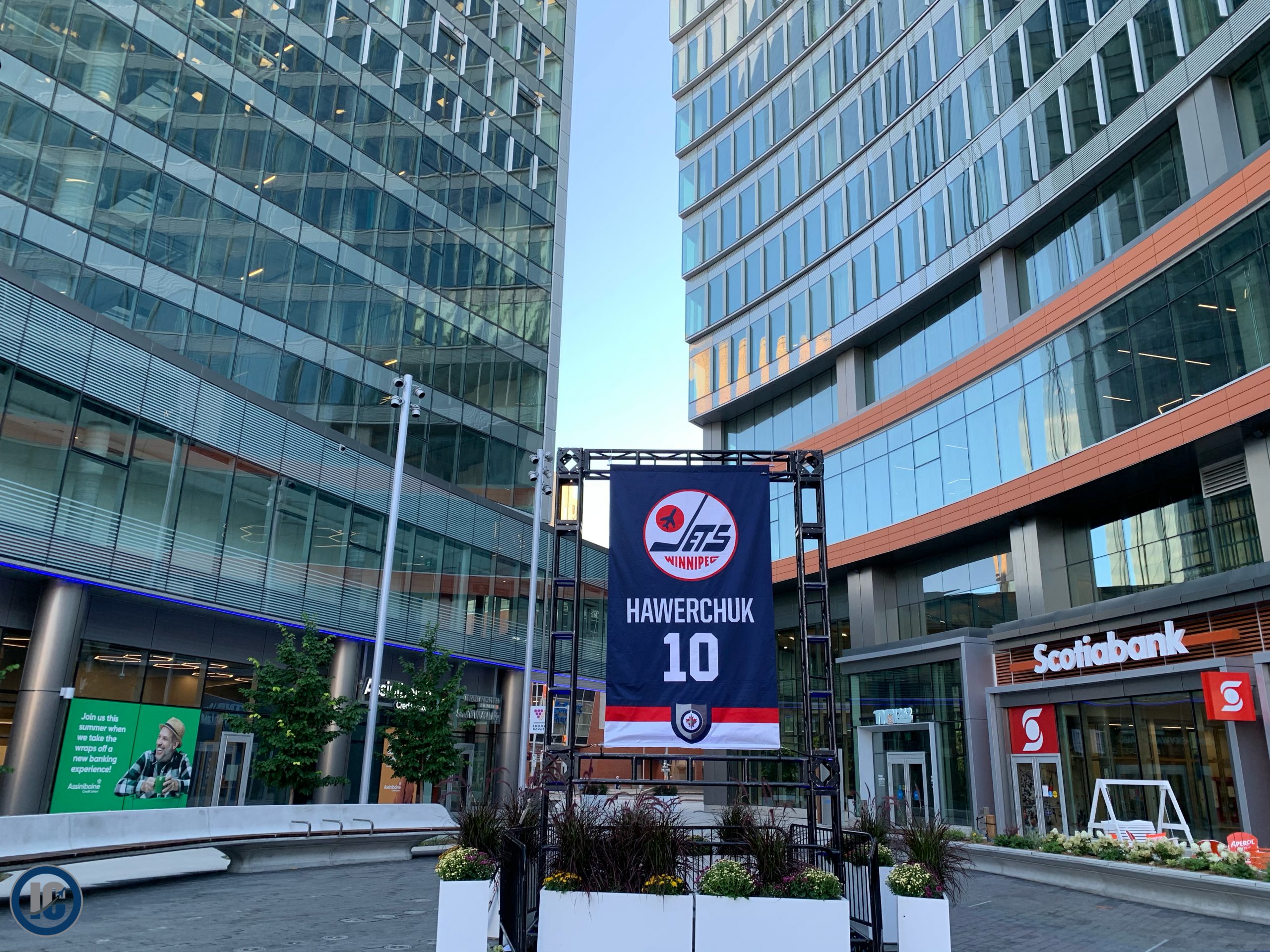 In addition to the above Chipman announced that the organization plans on erecting a statue of Hawerchuk.

“….since you asked we’ve been, for some time since we started the Jets Hall of Fame, had anticipated doing a public display of the inductees and we had some time ago decided that we would anchor that off of one statue and we had it clear in our mind that, that honour belonged to Dale. So we’ve begun that work. That thinking has been underway for some time.”

Thankfully they were able to tell Hawerchuk before he passed as Mark Chipman detailed in his response.

“I’m just thankful that I got to tell Dale that. Last week Zinger and I got to tell him that we had had that in the plans. He was somewhat overwhelmed as you would expect from him. He was really, really humbled by it. I don’t have a timeline on exactly when that will occur ’cause everything is so much on hold and up in the air with this world we’re living in right now. I’m really pleased that we were able to share that with Dale and that we’ll be able to memorialize his incredible career and the impact he had on this community in a significant way.”

A fitting tribute for a player who had such a big impact on the community here in Manitoba.