The Hockey Hall of Famer passed away at the age of 57.

It is a sad day for the Hawerchuk family, the hockey community and for folks in Winnipeg as Jets 1.0 legend Dale Hawkerchuk has passed away at the age of 57 according to his son Eric who tweeted the news.  Hawerchuk had battled cancer and after finishing his final round of chemo back in April his son unfortunately announced at the end of July that it was back and his dad had another fight on his hands.

After an incredibly brave and difficult battle with cancer, our dad has passed away. My family is so proud of him and the way he fought. #HawerchukStrong pic.twitter.com/xZ1xcaqAOv

Almost 40 years ago on August 13th, 1981 he signed his first NHL contract at Portage and Main as the 1st overall pick of the Winnipeg Jets.  He would spend nine years in Winnipeg as an absolutely force on the ice and if not for the Oilers and Flames would likely have led the Jets to a Cup or two in the 80s.  He would play another seven seasons in the NHL with Buffalo (5), St. Louis and Philadelphia.

After retiring he would go on to become a coach with the Barrie Colts of the OHL and did some lobbying for the Jets organization to take a chance on a young centre on his Colts squad named Mark Scheifele who became the first ever draft pick of the re-born Winnipeg Jets. He even spent time working with prospects at Jets development camp. 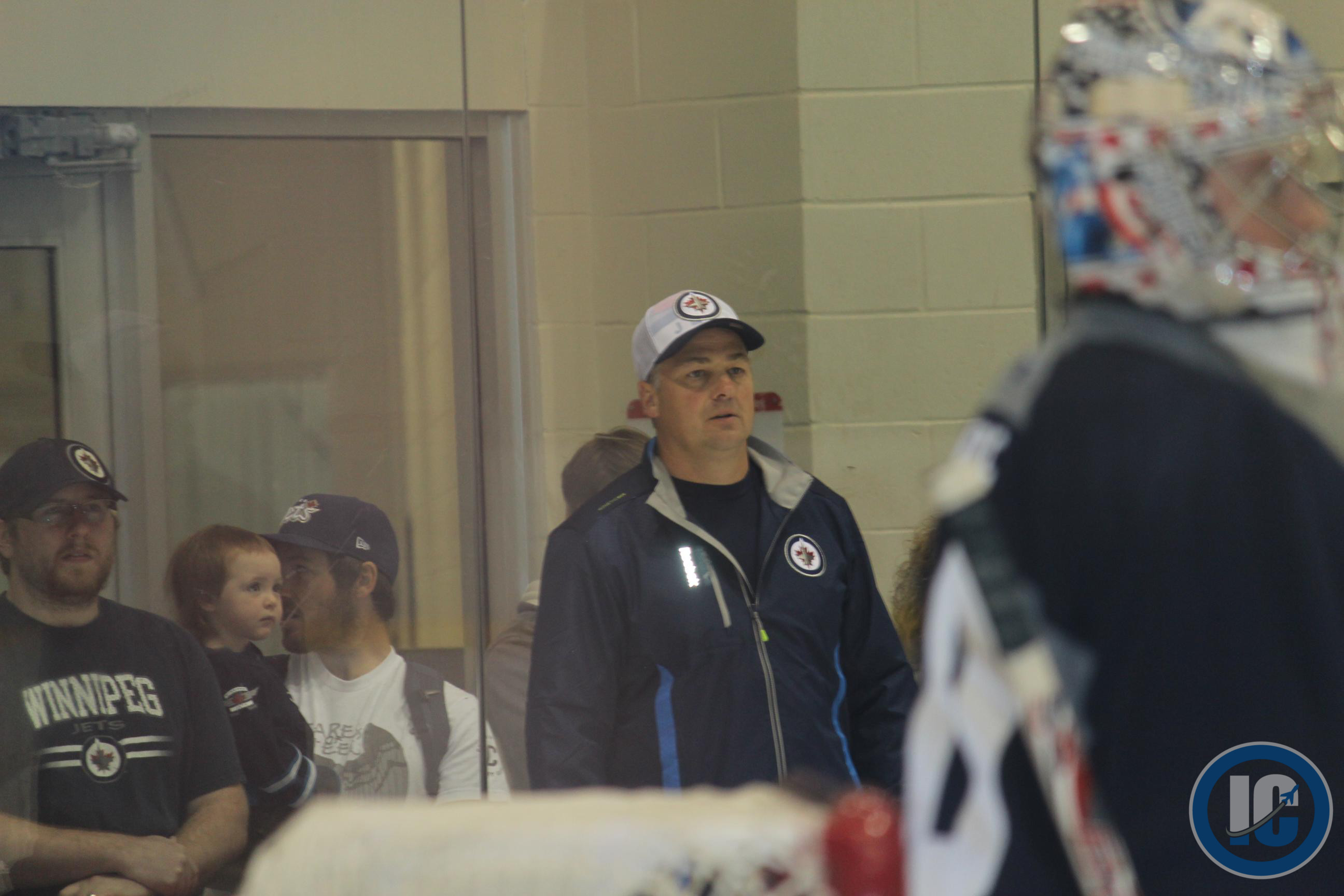 Suffice it to say if you grew up in Winnipeg in the 1980s Dale Hawerchuk was an absolute legend.

As you’d expect there has been a large outpouring from the hockey community with the news of Ducky’s passing:

Moment a silence for Dale Hawerchuk inside Scotiabank Arena. pic.twitter.com/BrYfoIQa1C

Absolutely gutted to hear of the passing of Dale Hawerchuk. My idol growing up. Winnipeg sporting legend.

The sport of hockey lost one of the greats today.

The Wheat Kings extend our condolences to Dale Hawerchuk’s family, friends and anyone else lucky enough to be a part of his life. pic.twitter.com/sV15A7zqiG

This is a bad day. One of the brightest hockey minds I encountered in 30 years covering the NHL. Smart, insightful and had a huge influence so many young players including the Canucks’ Tanner Pearson. He’ll be missed. Lord, how he’ll be missed. https://t.co/qbzr8idsa7

To Eric and the entire Hawerchuk family, we are all so sorry for your loss. I will tell you what you already know —Dale is a treasured member of the hockey community and we will all miss him greatly. Take care and our thoughts are with you all. ? https://t.co/QKv6kiE3dc

It is with heavy hearts that we report the passing of our head coach and friend, Dale Hawerchuk.

On behalf of the entire Barrie Colts organization and our fans, our condolences and thoughts are with the Hawerchuk family. pic.twitter.com/nmEiGaGxXj

I remember a conversation I had with Hawerchuk. He told me he has this kid that the scouts don’t necessarily like. He predicted big things for the young centreman. “You watch,” he told me. “He’ll be great.” The player’s name: Mark Scheifele.

So sad? what a incredible human being ??I’m thankful that Ducky was my friend and I had a chance to talked with him yesterday and say goodbye?this world is not same place without him,Eric you can be so proud of your dad???Thoughts love and prayers for all your family??RIP DALE https://t.co/SKVHfxSFkB

Damn. This really stings. I was a young reporter when I first walked into the Jets dressing room in the late 80s and Dale was always patient and kind in my dealings with him. Always answered the phone when I called him in Barrie to ask about the Colts guys on Jets 2.0 RIP https://t.co/uwaOSn00Cy

Brind’Amour on Dale Hawerchuk’s passing: “Fortunately I played with him at the end, we played on the same line. … He’s just a great person.” Said Hawerchuk moved the wing so Brind’Amour could play center on their line.

If you grew up in Manitoba in the 80’s a piece of your childhood has died. Man, Hawerchuk made those days exciting times! We were lucky to call him one of our own. RIP Dale. https://t.co/VhNcUoaaE6

Rest in paradise dale. My thoughts and prayers with the entire hawerchuk family, his legacy will never be forgotten ??

Sept 6, 1987 I watched my 1st live hockey game at Copps Coliseum in Hamilton (Canada Cup). Dale and Team Canada tied the Soviet Union 3-3. I was hooked on hockey after that!! Hockey world lost a good one today. #HawerchukStrong https://t.co/S4yWb9Hv90

Still think my favourite Dale Hawerchuk memory is what he did in that Canada Cup game against the USSR in 1987 with the score tied 5-5. What a line: Ducky, Gretzky & Lemieux.

Number 10 was such a special player growing up in Winnipeg.

All the best to the Hawerchuk family.

The Hockey world lost one of the ALL TIME GREATS today. Dale was a great teammate, captain and even a better person!! RIP Ducky! #NHL #WinnipegJets #Legend pic.twitter.com/XtWgoAceC1

Sad day today. So many wonderful memories together that I will always cherish. Thinking of his Family with this great loss. R.I.P Ducky ? pic.twitter.com/bVzQUbS7pg

Rick Bowness emotional seeing images of Dale Hawerchuk on the video board. Bowness coached Hawerchuk with the Winnipeg Jets in the 1980s. pic.twitter.com/kgqupGi33D

“You were endlessly calm above the water, especially when it was frozen.”@RonMacLeanHTH pays tribute to NHL great Dale Hawerchuk: pic.twitter.com/zbJfk5sHoR

Dale Hawerchuk was everything we look for at Hockey Canada.

His love for the game and love to compete – as a player, coach and person – was unrivalled.

We will miss him. pic.twitter.com/XlYa9WAMAT

You can check out HawerchukStrong website with funds going to support initiatives close to Dale Hawerhuck’s heart.