Moose make some cuts in their roster. 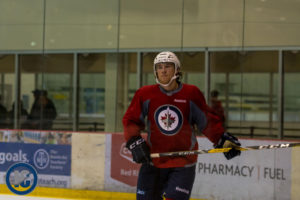 Manitoba has reduced their roster by four players although it actually increased by four (via the eight players re-assigned by Winnipeg this morning).  Four of the players that Winnipeg sent down will have to clear waivers (Pavelec, Strait, Melchiori and Peluso) which is likely why the Moose roster isn’t higher than 25.

The Manitoba Moose announced today the team has assigned defenceman Tyson Wilson to the Tulsa Oilers (ECHL).  The Moose also released the following players from their tryouts:

The Manitoba Moose roster sits at 25 players including 16 forwards, 7 defencemen and 2 goaltenders.